FA Cup: Another Own Goal Is Shrews' Lovely Parting Gift to Liverpool's U23s 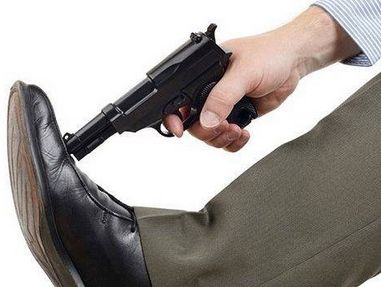 Usually, if you're good at something, you're expected to just keep doing it.

In Shrewsbury Town's case, though, it's not recommended.

Dudes coulda staged a huge FA Cup upset -- and the sorely needed financial rewards that go with it -- had they not bullseyed their own net last week. Instead, it was off to Anfield for the replay.

And what did they do?

A 75th-minute own goal from the Salop's Ro-Shaun Williams was the match's only score and thus put Liverpool through to the fifth round.

Specifically, their U23 squad. It seems Jürgen Klopp's fine with letting them take on Chelsea while all 22 of his big guns continued to R&R in the Premiership's first-ever winter break.

Never in its history has the 'Pool fielded a side this young, but with the Reds' U23 manager Neil Critchley pacing the touchline instead of Klopp, they looked right at home in the top-tier environs.

The kids controlled every aspect of the match with the sole exception of not converting any of their four shots on target. Shrews one moment of glory -- Shaun Whalley’s scoring header for the visitors -- was correctly disallowed by the VAR.

The Salop had a distinct physical advantage of Critchley's Peachfuzz Patrol, but inexplicably, they rarely made use of it.

Conversely, there was no doubting the skills and tactical superiority of the Reds' next gen. They've just gotta work on finishing.

With the Premiership title all but locked up and their Champions League run still going strong, Liverpool's kids have kept themselves in the hunt for a third bitta silverware with this victory.

If they do manage to score the treble, it won't be a stretch to say this season's successes have been a total team effort.