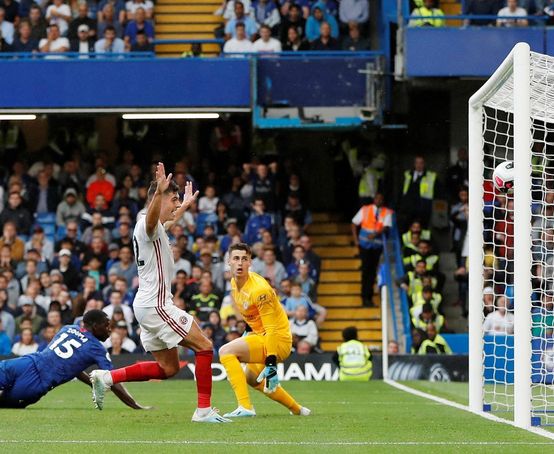 First of all, full marks to the Blades for last year's promotion and this year's early showing.

Dudes took their act to London, and it played well. In fact, from a defensive standpoint, Sheffield United was the best team on the pitch at Stamford Bridge this afternoon.

Chelsea counted on Tammy Abraham's double to open the scoring, but Callum Robinson and a Kurt Zouma own-goal gave Sheffield a precious point in the 2-2 draw.

Frank Lampard had to gaze upon that equalizer in disbelief, as the play that enabled it was an absolute shambles.

Chelsea had the perfect start, as on 19 minutes, Christian Pulisic's flicked ball was saved by goalkeeper Dean Henderson but fell on the path of Abraham,

Dude had the luxury of firing home into an empty net.

This was Abraham's half, as the stars again aligned for him in the 42nd minute.

Here he is, popping his fourth goal in his last two matches:

Turns out, dude needed to be hotter, have someone else step up, and/or have a clue on defense. None of those happened.

Chelsea's comfortable two-goal cushion was reduced in mere seconds into the second half. Enda Stevens received down the left side and picked out Robinson, who opened his body and drilled one into the right corner:

Chelsea didn't seem fazed by the goal, as they were closer to getting the third than conceding the equalizer.

However, things changed as in the 89th minutes.

For whatever reason, César Azpilicueta -- a 30-year-old stalwart who should know better -- had already zigged when Robinson zagged to get the earlier gimme. This time, he failed to block a Robinson cross that wound up being deflected off Zouma and into the nylon:

What a terrible mistake from both backs.

With the result, both sides are in mid-table at five points. For what it's worth, the Blades are a rung ahead on goal difference. Chelsea fans just saw why. 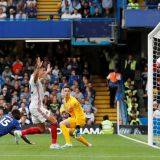 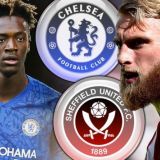