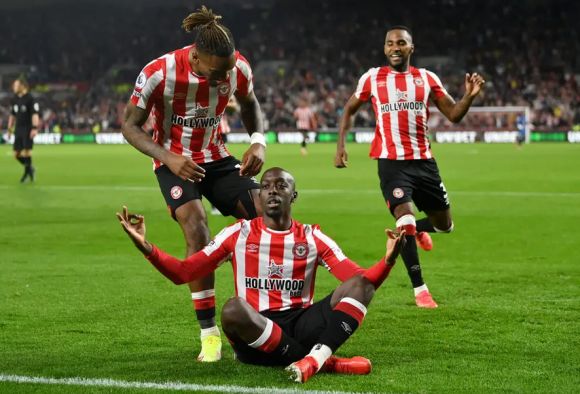 The last place to expect a new way of building a football club would be this sleepy little West London suburb.

Then again, upon reflection, it's exactly where a football revolution should be found.

Because there's absolutely no way the Brentford Bees will ever become the mighty Reds of Liverpool. Or Manchester City, Chelsea, Tottenham Hotspur, Manchester United, etc, for that matter.

So if a smaller club is ever gonna harbor dreams of being competitive with them, then they've gotta find a different way to do it because they can't afford to do what the big brands do.

Now that the Bees have been promoted to the Premiership for the first time in their history, this has become more than an academic musing.

The dude who took it seriously was a professional gambler who grew up as a Brentford supporter.

Matthew Benham became a kajillionaire by basing his bets on data instead of instinct and parlaying them into Smartodds, his own corporate platform.

Here's Cam from Caanberry to elaborate:

Well, as of this weekend, the Bees have gone far enough to earn a 3-3 home draw against Liverpool.

Yoane Wissa may not be as flashy as Mohamed Salah, but his goals count just as much. Dude's 82nd-minute strike earned a point for Brentford and sent the 'Pool back to Merseyside with a newfound respect for a small side that just might hang around in England's top tier for a while.

Cam joined most of the English-speaking world by having no clue how to pronounce the Danish side FC Midtjylland, but Manchester United has seen enough of them to know they're no joke.

Who knew Ulvene -- the Wolves -- were where Benham was testing his hypotheses where the ones that worked would be implemented in Brentford?

One of them was dumping their youth program, as the numbers couldn't justify a small side maintaining one.

Instead, the Bees created a stronger B-side, signing 17s-&-up who showed promise at other clubs' academies but weren't advancing to higher levels for one reason or another. It's becoming a more fertile proving ground.

Brentford actively targets and recruits these players and gives them 35 games to display their wares, as it were. This provides sufficient data to feed into their algorithm, which, like the Moneyball A's and the even more effective Tampa Bay Rays, serves to sharpen the development process.

The Bees then use similar data to identify under-the-radar transfer targets who they feel are strong candidates for spiffing up and ultimately bringing handsome profits when they're later sold on.

If it remains that way, Benham's system of running the Bees could enable them to become a fixture in the Premiership for a good while.

No doubt other small and midsized clubs are paying close attention. Most of them could use a bitta revolutionizing, too.