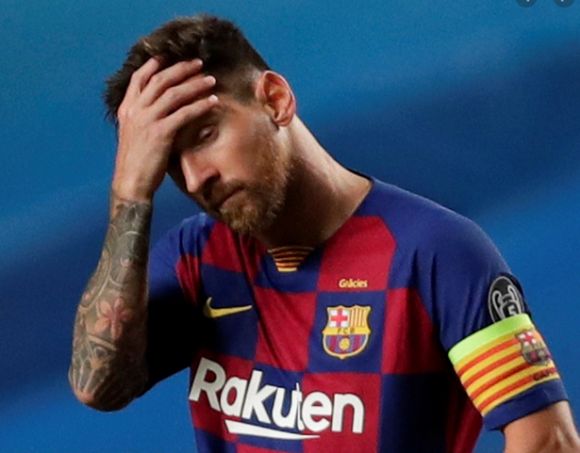 This was supposed to be the sorta clash of ultrabrands that typifies the Champions League bracket phase.

Instead, it turned out to be as bizarre as we've come to expect outta this Year from Hell.

The ultrabrands were indeed there, but only one of them showed up.

That'd be FC Bayern, whose last UCL title came back in 2013, made sweeter because it came at the expense of perennial pest BVB Dortmund. Dudes are on a mission this summer to hoist the ultimate hardware again, and they've been playing like it.

Die Roten have already bagged the DFB-Pokal and continued to treat the Bundesliga title as if its their birthright, so the thought of racking up a treble and silencing critics would mean someone is taking a strong positive outta this season.

Bayern's suffered slings and arrows over the past few years for not being hardend by stiff domestic competition, which kept showing up when they ventured into international club competition. Being real, it's not totally unjustified, because the club has continually fallen short in the Champions League at the hands of ultrabrands:

To say dudes were intent on slapping Barça around is an understatement.

Bayern saw what everyone else has seen since football resumed on the Continent:

And what's going on with Lionel Messi?

Bayern broke from the gate showing zero respect for the Barça defense. Dudes bullied their way through the midfield almost at will, almost totally took Messi and Luis Suàrez outta the match, and seemingly didn't care that their fullback tandem of Alphonso Davies and Joshua Kimmick would've been more useful to the club if they'd joined the reserves on the touchline.

The 8-2 result was a true reflection of this match.

Die Roten took command early and often, and by the second half, the Blaugrana had quit. Literally. They were merely ciphers in a Barça kit out there, looking more like the crew of a ghost ship than an iconic Spanish side.

The German high press may be picked apart in a future round, but Barça realized early they had no answer and merely went silently into the evening.

It well and truly looked like more than a bad night.

It could well have foretold the end of a Catalonian era.

The carnage was unbelievable:

Worse, this humiliation of historic proportions was duly conveyed by Messi's forlorn expression.

It was the sorta look that hinted the Argentine had some thinking to do, if he hadn't been thinking it already. Maybe his time in Catalonia had come.

Then again, dude did this when La Albiceleste wet the proverbial bed in the 2016 Copa América final. He's not going anywhere, and until the Blaugrana shake up their side, neither are they.