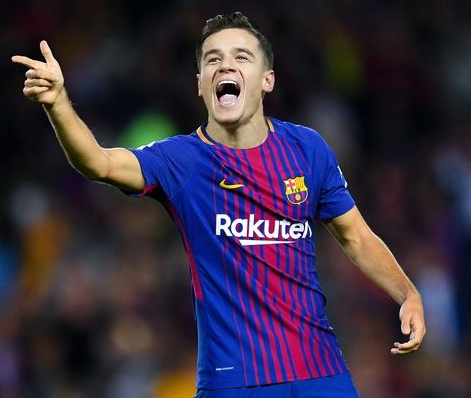 Merely winning a domestic title is but a modest objective for the mega-clubs.

So the fact that Barcelona is already running away from chief rival Real Madrid and others in the La Liga race is not necessarily the reason they've opened up the bank vault for another elite player.

In fact, picking up the Copa del Rey is kinda cool only because it's gotta be done if they're gonna brag about winning the triple.

Of course, the Champions League title is the prize every season, but one can even wonder if that's why the Blaugrana splashed out daunting dosh for Philippe Coutinho.

It might possibly be Barça tossed a €142million package out there just because it could.

Frankly, if Neymar is worth €222million, not only is Barcelona getting a deal, they're still ahead in the ledger by acquiring Coutinho.

The Brazilian international did Liverpool proud while he was there ...

But sooner or later, you knew he'd succumb to that quirky Brazilian urge to play in a Spanish-speaking country.

Dude was being signed for his athletic ability, but he wields a nifty signing stroke, too.

The discovery there was those tacky finger tattoos:

Still, it'll probably be years before anyone looks at his hands again.

Word is a few Barça regulars aren't all that excited that Coutinho's jumped them in weekly earnings. However, even at €271,000 per week, dude's only third in the salary table.

Somehow, though, they'll all manage.