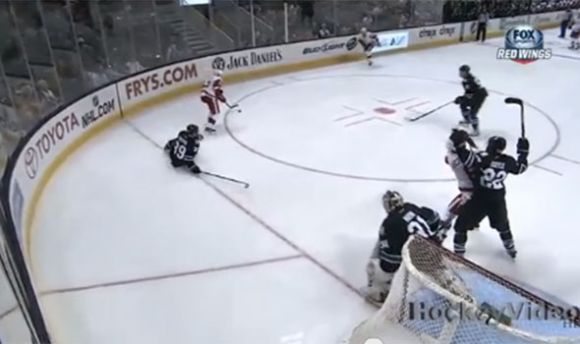 Pavel Datsyuk is no longer an active NHL player, but he's still lives inside the head of Logan Couture.

The Detroit Red Wings acknowledged the 41st birthday of the dude known as Magic Man on Twitter, while simultaneously reminding Couture of his greatest professional failure.

You may recall the night back in 2013 when Datsyuk reduced the San Jose Sharks center to a quivering mess with some of his signature stick work.

Here is a quick peek for the uninitiated:

And on his birthday, no less.

The Red Wings' social media team, apparently staffed by complete dicks, decided to get their troll on.

Unfortunately for Couture, it doesn't appear that the Internet will comply, so the poor dude will just have to relive the trauma all over again.

While he's certainly not the only player to ever get dangled or deked by ol' Pavel, this one was particularly grim.

At least he can take solace in the fact that he didn't get nutmegged.

Before we go, let's dangle some more.