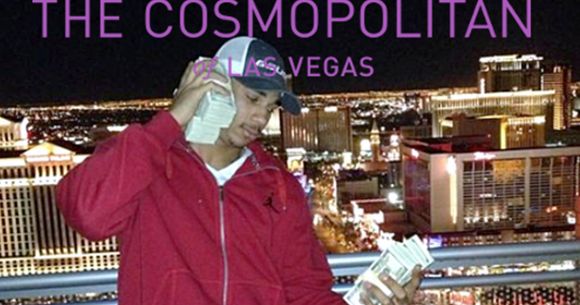 The lovable Evander Kane is still making friends and influencing people in the city of Las Vegas.

Of course, there was that fun disagreement with the Knights' Ryan Reaves.

You may recall this particular pile of shit being hurled into the fan during the 2019 playoffs, when the smack talk inevitably turned physical.

Here would be the exact moment:

The weirdness raged on during the preseason, when Kane became so irritated with another Vegas Golden Knight that he tangled with a particularly aggressive official:

But now it seems our volatile friend can't even enjoy some legal gaming in the city without pissing everyone off.

Apparently, while his Sharks were in town for the aforementioned playoff series with the Knights last season, Kane collected eight markers totaling $500,000 and has yet to pay it back.

While dude was able to avoid the wrath of Joe Pesci, he still has to deal with some pesky litigation. The casino has now filed a lawsuit against the 28-year-old Canadian seeking restitution.

A Las Vegas casino is suing SJ Sharks forward Evander Kane for allegedly not paying $500K in gambling debts.
Here is the casino’s lawsuit against Kane. (He has not yet responded to the claims.) pic.twitter.com/m3r68UdqFa

Tonight on @SportsCentre: What's next in a casino's lawsuit against NHL star Evander Kane.
A source with the Clark County district attorney's office explains how allegations of outstanding gambling markers can lead to criminal charges.

The threat of a criminal charge is enough for most gamblers with outstanding markers to make amends with Las Vegas casinos.
Since Jan. 1, the Clark County DA’s office has recovered $12.8M in connection with 2,098 gambling debt-related complaints from local casinos.

Hmmm, this all sounds not good.

He's lucky it's not the old Vegas.
Hard to skate with two broken legs