Canucks Give the Blues a 3-on-0 OT Breakaway

Published on 6-Nov-2019 by Alan Adamsson 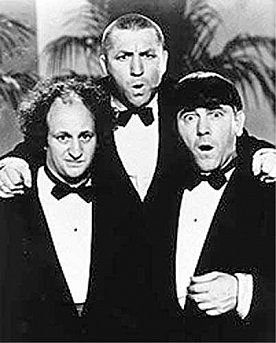 Here's the first sign we're only 18% into the NHL season:

The Vancouver Canucks are sitting second in the Pacific Division at 9-3-3 for 21 points, only one behind the hot-starting Edmonton Oilers.

Dudes extended their point streak to eight games when they got a tying goal with 3:35 remaining in regulation ...

But for all they're doing right in the early stages of their 2019-2020 campaign, they're still the Nux.

Quinn Hughes flipped a knuckle-puck past the St Louis Blues' Jordan Binnington that put the game into overtime, which rousted memories of their 4-3 come-from-behind shootout victory on the Stanley Cup champions' home ice a mere three weeks ago.

That's what Vancouver wants to keep being, as opposed to succumbing to the DNA they're trying to purge that showed up on OT.

Canucks' blueliner Tyler Myers fired a heatseeker that Dopplered past Binnington as the puck missed the far side and took a huge carom.

Unfortunately for the Nux, he then picked up teammate JT Miller like a tenpin. Somehow, Bo Horvat chose that moment to cruise behind the net, and ...

Jacob Markström had two chances on that one: slim and none.

Vancouver's players thought this game had the makings of a playoff clash. Arguably, it was.

And if so, dudes just saw what separates the finalists from the field.