Why No One Believes Roger Goodell 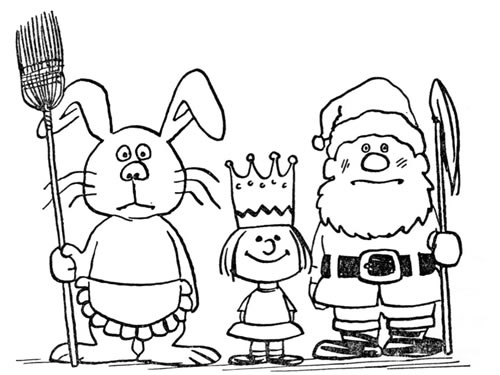 There are certain figures I used to believe in.

I used to believe that Goodell was a good guy trying to clean up the NFL. Now, I don't. The owners can support Roger Goodell all they want, but the general public doesn't believe a word he's saying.

And at least 45% of the NFL public is wondering what he really thinks of them:

Either somebody is lying, or someone in the NFL office ignored briefing their boss on a firestorm issue; I believe the former.

And here's the twisted part: Ray Rice is actually more believeable than the NFL commissioner!

Goodell gave this CYA interview to CBS about how, to his knowledge, no one saw the elevator tape.

Think he knew what was coming?

A cover up didn't work for Nixon, and it's not going to work for Goodell.

What reason would Rice have had to withhold anything at that point? He knew the elevator video was out there. And frankly, from the exhaustive coverage this story has justifiably received, it looks like that ugly incident is the only major mistake Rice has made in his life. In the months since then, he's cleaned up his domestic act.

Roger Goodell? Well, look at his past actions. He's even refused to be straight-up about concussions under oath in front of Congress!

It's clear the Commish is not a lot of things. Being forthright is one of them. To Goodell, social and health issues are not about reality. They're attacks on the NFL money machine that need to be deflected.

The man and his toadies are merely corporate soldiers where cash comes first, last, and everywhere in between.

The public is upset, as we should be, but we're going to keep watching the games, and the NFL will continue to make money.

The only way this changes is if players take a stand and not play, which we know won't happen no matter how much they bitch on Twitter:

Then there's the inconvenience of history:

The league now says it's going to do an investigation into this. Yeah, right.

As we've found out recently, truth and consequences don't seem to matter in the NFL.