Tim Tebow's Not a TE, and Soon Won't be a Jaguar 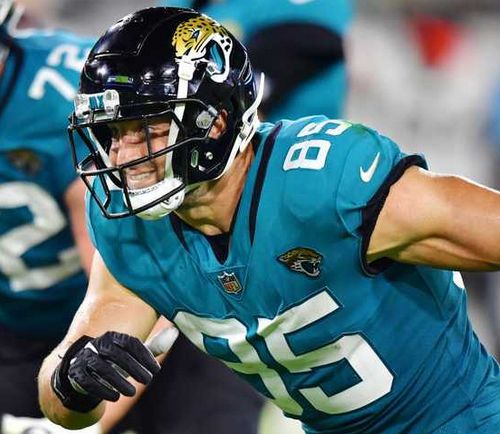 Back in 2018, the Port St Lucie Mets had an A-ball Florida State League game in Palm Beach against the St Louis Cardinals affiliate at Roger Dean Stadium.

That drew a larger than usual crowd.

Could it be that a Mets fan über-favorite and bona fide MLB star -- the lovely and talented David Wright -- was in the lineup, playing his usual 3B, on a rehab assignment?

Since the setting was in Florida, where Tim Tebow is the Official Deity of Gator Nation -- remember, they carved his words in stone there -- and he happened to be in the Mets lineup, too ...

If anything showed the hold dude still had on that part of the country, no matter the setting, that was it.

Is this what new Jacksonville Jaguars coach Urban Meyer was thinking when he signed Tebow to play a position dude's never, ever, ever played in the entirety of his football experience?

Or was he merely seeking to start a carpool to work?

If the Jags' exhibition game with Cleveland was any indicator -- and it was -- the carpool isn't happening and the neighborhood block parties could become rather awkward.

More succinctly, the lack of a block.

Seems Tebow never needed to pick up the fundamentals in his sporting journey, and trying to lean now in only a few NFL camp practices just isn't and never was going to cut it.

Honestly, the Tebow block that went viral wasn't even his worst block of the night. This was *the very next play* pic.twitter.com/tINWyJpWSE

No one's gonna have to wait for Meyer or any other coach to claim he's gotta look at the film before passing comments. The digital age has superseded that.

If Tebow's still on the roster longer than this midweek, world peace will be upon us next.

Proof yet again that, Deion Sanders aside in the modern era -- because his job wasn't to work the trenches -- only Bo is Bo.