The Pittsburgh Steelers Have Reached Their Antonio Brown Over-Saturation Point 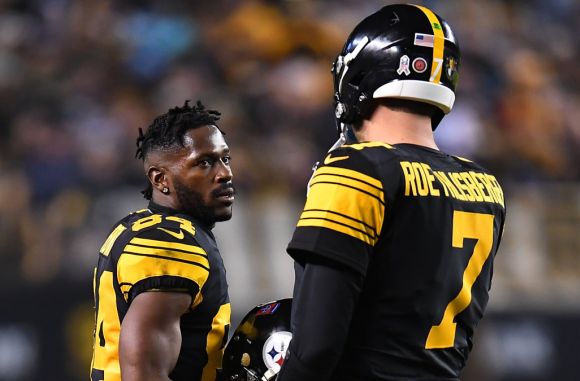 You'll have to forgive the Pittsburgh Steelers if they're a bit salty these days.

They were just systematically dismantled by the defending Super Bowl champion New England Patriots, who just happen to be the new employer of one Antonio Brown.

In case you haven't noticed, their former stud WR-turned-deranged-nemesis has been in the news quite a bit recently.

While it's mostly been unflattering for AB, there could very well be a method to his madness, as he's now catching passes from his potential new roommate Tom Brady.

Dude's basically hijacked six weeks' worth of NFL news, which has some folks looking for a change of subject, particularly the entire Steelers organization.

Ben Roethlisberger seems to have had his fill:

Big Ben isn't known for his eloquence, but he does get points for brevity.

This sentiment is also shared by LB Ramon Foster, who literally asked reporters not to talk about AB in his presence ever again.

Even his new head coach doesn't want to hear it.

Hoodie just wants to move on to Cincinnati.

Perhaps that will be AB's next landing spot.