The 'No Fun League'? Urban Meyer Begs to Differ

Published on 6-Oct-2021 by Alan Adamsson 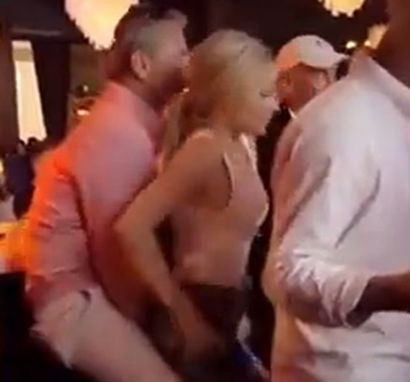 History tells us there were eight popes who reigned under the name Urban.

None of them coached the Jacksonville Jaguars.

And the Urban who does hold that position will never become a pope.

From the looks of it, he may never coach another NFL team, either, after team owner Shad Khan inevitably pulls the plug on him.

Eyebrows were raised when Khan opted to go for name recognition as opposed to professional football experience by hiring Florida Gator icon Urban Meyer to coach his sad sack of Jacksonville Jaguars.

Dude may have proven himself at the college level -- building winners at Bowling Green, Utah, Florida, and Ohio State -- but off-field stuff lurking behind the headlines began to appear in concerning ways. Inevitably, Meyer's loose association with good judgment became the headlines, and that was that.

Khan does know auto parts, and he's pretty much had enough good sense to keep his hands off the field operations at Fulham FC, the folksy English neighbor playing in Chelsea FC's shadow and flitting regularly between the Premiership and the English League's second tier, which is probably known as the Championship to make Premiership wannabees feel better about themselves and their marketing imagery.

How he doesn't seem to show that level of acumen with the Jags is anyone's guess.

So, even though there are numerous qualified candidates in the NFL with promising credentials -- even a few Blacks, if anyone ever notices -- Khan disregarded them. As a result, he's getting exactly what he paid for.

To this point, Khan's choice has gotten him a coach who is not defying the poor track record of college coaches trying to crack into the NFL.

In this case, it's because Meyer's decisions are as bad as Khan's was in hiring him:

After gamely pulling defeat from the jaws of victory against the Bengals, dude consoled himself in another blast-from-the-past collegiate way:

Meyer's from Ohio, so he knows the hot spots.

And if dude's proven anything from his college coaching career, it's knowing how to recruit hot talent.

Is this why Urban Meyer is trending? 😳 pic.twitter.com/nFg8kUFVli

And soon, a good alibi.

Urban Meyer about to tell his wife this Trevor Lawrence 💀 pic.twitter.com/Oq3UebQpHa

Looks like he'll probably need one to fob off on his team, too.

Word is they're no more impressed with Meyer's latest antic than they were with all his others.

The Jags are definitely not the old-time Raiders, and Meyer will never be John Madden.

Of course, he did the usual routine of apologizing and saying he'd reform, but what in his repeating history makes anyone believe it?

Maybe hiring Meyer was another part of an alleged conspiracty theory claiming Khan's dastardly plan is to move the Jags to London. If so, there's no place in the world where the tabloids would embrace Myer more.