The End May Finally Be Nigh for OG Kicker Adam Vinatieri 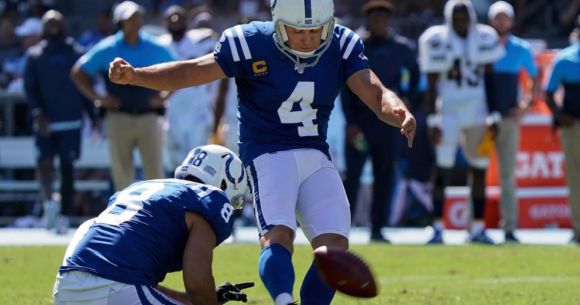 That old mantra about death, taxes and Adam Vinatieri may have to be amended at long last.

While it's only one game, there seems to be a sense of foreboding coming from the general direction of his right foot.

In the wake of Captain Andrew Luck's sudden decommission, the Colts were surprisingly competitive in San Diego to open the season.

All they seemed to be missing was consistent field goal kicking.

The old fart missed two field goals and an XP, which turned out to be somewhat important in the Colts' 30-24 OT loss to the Chargers.

Seriously @adamvinatieri and @Colts!!?? This is how we are going to lose this season. We need a new kicker. pic.twitter.com/JCHKwoE4yd

You could maybe excuse the missed 46-yarder if he hadn't also blown a 26-yarder and the aforementioned XP.

If those numbers seem unusual for this dude, that's because they are:

This is the first time in Adam Vinatieri’s 24-year career that he has missed 2+ field goals and an extra point in the same game.

The well-seasoned veteran is a stand up cat, taking full responsibility for the loss while pointing out the painfully obvious.

A very disappointed Adam Vinatieri: “Would’ve been nice to make those. Would’ve been a different outcome in the game.”

At least we know the leg is still potent:

Sadly, that one didn't count.