The Shield Punishes Giants in Walkie-Gate 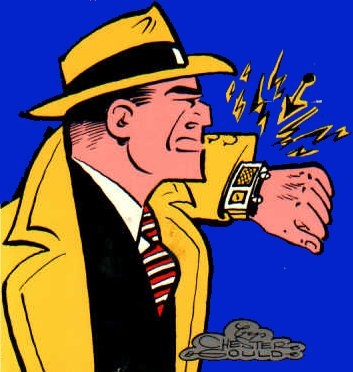 The Watergate scandal is one of the most prominent in American history.

A siting President in fear of impeachment resigned.

The nation’s trust in government was destroyed.

Worst yet, the phrase –gate entered popular vocabulary for any and all scandals.

The sports world is not immune to this trend.

A majority of these gates in American sports happen in the NFL. Maybe there is something to a full-contact sport that lends itself to cheating.

Either way, the NFL is riddled with gates. Bottlegate, Bountygate, Spygate.

The most recent candidate for being the most annoying of these gates in the football Zeitgeist is Deflategate.

Regardless of opinions on Deflategate -- not half as witty a term as Ballghazi, by the way -- it produced a huge sigh of relief from football fans when it was finally over. There's only so much one can take the same story countless times over months and months.

And incidentally, gate evolved from the Viking word for street, which is gata. It's not even remotely close to meaning anything about scandals, unless Saxons getting pissed at the Norse renaming settlements in England counts.

However, football fans are not yet out of the clear of –gates.

With frustrated fans throwing bottles, paying money to hurt players, and cheating at the games, what could the next scandal possibly entail?

Yes, the next big football scandal involves the use of walkie-talkies. Walkie-Gate arose from the Giants going all Dick Tracy during last week’s Sunday Night Football game against the Cowboys.

According to NFL rules, that's a big no-no. The reason is the helmet communication equipment shuts off when the play clock runs inside 15 seconds. Since the league doesn't have control of these walkie-talkies, they can't enforce the restriction.

Compared to the Patriots, the NFL came down rather light on the Giants. This may be due to the fact that McAdoo and the Giants complied fully with the league.

Looking at you, Tommy.

The Shield fined New York $150,000 as well as handing McAdoo an individual fine of $50,000. The Giants' punishment also includes their fourth-round pick being dropped to the end of the round.

Their fans are going to call all this too harsh.

Pats fans will undoubtedly say the Shield is going soft.

The rest of the league will at least be happy Walkie-Gate ended so quickly.