Jets' Impatience Reaps What It Sows Yet Again 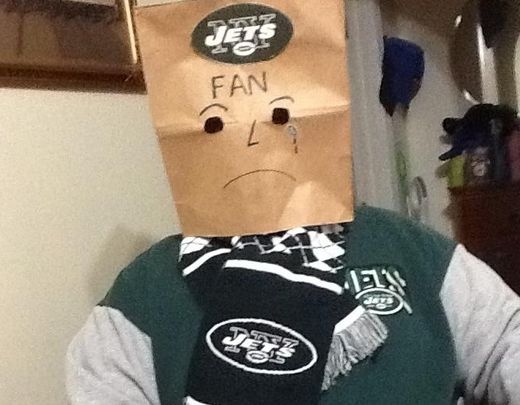 Damn near every NFL owner has gotta be a kajillionaire or close to it.

It's odds-on those who didn't inherit their wealth had to diligently grow their businesses through research, diligence, and a long view.

As to those who were born with the proverbial silver spoon, maybe they spent too much time on less intense pursuits.

New York Jets owner Woody Johnson IV definitely chose the right family to be born into. They're both ends of Johnson & Johnson and have been since 1889, reaping massive profits and practically running itself. so that gives him time to dick around with whatever amuses him at the moment.

Like finding various ways to step in it, from Neanderthal comments to ambassadorships.

Over the last four years, then, he let inmates run the asylum that is the Jets. As in, football people. Turns out that, for all the years he thought he was football people, OG allowed hirings who were just as incompetent as he was.

Of course, some of the Jets' issues go back farther than Johnson's time at the helm. Like starting QBs.

With precious few exceptions, dudes haven't made the best of decisions ever since Broadway Joe Namath -- calling his own plays instead of some dude doing it up in the booth -- led them to the Super Bowl III upset that gave cred to the upstart American Football League.

Here's the classic example of a bad Jets choice:

The hell of it is, the more QBs the team runs out there and then runs outta town soon thereafter, the more opportunities they have to make more bad decisions.

Like more and more NFL teams are doing with rookie slingers, the Jets drafted high-ceiling Sam Darnold outta USC and threw him straight into the mix. Unfortunately, the rest of the team's ingredients weren't up to high-end NFL standards, and he spent most of his time with them battling for his physical well-being.

So the Jets did what they've always done with QBs: discard the starter and look for a new glory boy in the draft.

This time, it was Zach Wilson outta BYU.

Predictably, dude was thrown right into the deep end of the pool.

Ironically, the first game was against Carolina with ex-Jets Darnold and WR Robby Anderson, who hooked up for a 57-yard TD that the Gang Green can only dream about ...

The five longest completions of Darnold's career have all been to Anderson.#NYJvsCAR | #KeepPounding pic.twitter.com/2QKFRIcpkf

As well as remember in moments of nostalgic bitterness:

So, while the Jets' NFL seasoning of Darnold is now paying dividends for the Panthers, Wilson's indoctrination is just getting started.

In spades, compliments this time of the New England Patriots:

Zach Wilson has thrown 2 passes so far…both of them were interceptions.

He was born to be a New York Jet.

Intelligence is what takes a player from good to GREAT. Watch #32 for the #Patriots.

The three time pro bowler Devin McCourty tip the ball to his teammate for the interception knowing it wasn’t his ball to catch. pic.twitter.com/1D5FHbOYS2

Contrast that -- plus two additional Wilson INTs -- with the Pats bringing along fellow rook Mac Jones with a capable supporting cast that includes an in-tune o-line for an RB who knows how to take advantage ...

And the makings of yet another beatdown are complete.

This one added up to the Patriots winning and covering, 25-6.

To be sure, Jones is going to have his days of woe, too. The difference is Bill Belichick will stay with him through the learning experience and allow the ex-Tide slinger to mature.

That's sorta how it used to be in Old School:

As opposed to the New York Jets method ...

Which is why, until they get a clue that patience actually is a virtue, the Jets also have no playoff appearances.

And none on the horizon.