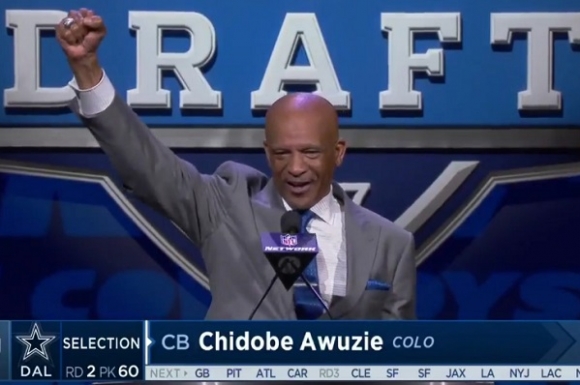 Fanning the flames of a sports rivalry is always fun.

While he did successfully announce the pick, he also managed to viciously troll Eagles fans in the process.

Now, that is good television.

Of course, a room full of Eagles faithful already foaming at the mouth makes for a fairly easy target, but Pearson executes this public burn flawlessly.

He even summoned the name of Jerry Jones, which seemed to provoke the loudest reaction.

Predictably, the Internet hordes were pleased.

Perhaps this was sweet revenge on Carson Wentz and his treatment of a Cowboys fan earlier in the draft.

Whatever the motivation, the Cowboys have clearly won this particular battle in this entertaining rivalry.

But the war rages on.

In the meantime, how 'bout that Drew Pearson?