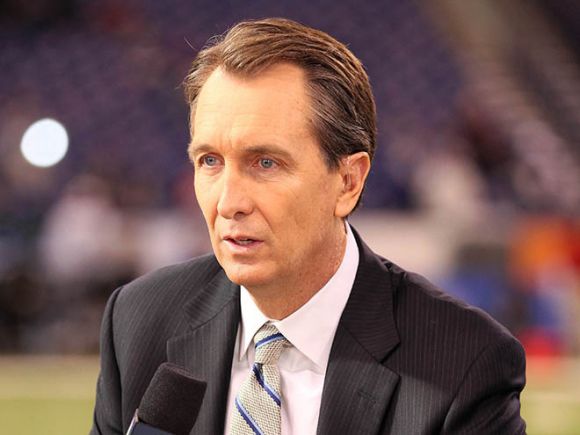 There have been many examples over the years of a broadcaster falling madly in love with a professional athlete on the air.

Sometimes it can even be an entire network, as is the case with ESPN and their dark obsessions with Brett Favre or Tom Brady.

However, we've likely never witnessed a more pure and complete love than the torch Cris Collingsworth appears to be keeping for Patrick Mahomes.

The NBC Sunday Night Football gang was in Kansas City on Sunday night as the Chiefs hosted the Colts, a development that surely had the Emmy-winning broadcaster squealing with delight.

Now obviously, Mahomes is a generational talent at the position, but that's still not a valid excuse to verbally fellate another man whom you're supposed to be discussing objectively.

There was one play in particular that really had his socks comically rolling up and down:

While that's without question an incredible sequence, our friend is clearly struggling to understand these confusing emotions.

Well, you get the gist.

Actually, the dude who deserved this man love on Sunday night would be Colts head coach Frank Reich -- yes, his name's German for France -- as he orchestrated a masterpiece on the road.