Clay Matthews and His Agent Are Very Unhappy with Adam Schefter 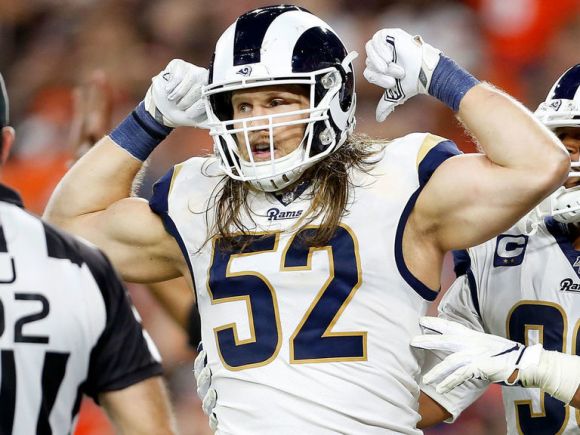 With this weird-ass NFL season firing up, teams are attempting to shore up their rosters and fill some holes.

As you may be aware, the Denver Broncos currently have a Von MIller-sized crater in the middle of their defense after an ankle injury suffered during a recent practice.

Of course, the Broncos immediately grabbed any and all electronic devices within reach to scour the free agent landscape for a replacement.

The aforementioned Schefter, whose position at ESPN demands he report on such things, released this little info nugget for public consumption:

Denver expressed interest in signing former Rams’ and Packers’ LB Clay Matthews, but was told he is “not going to play,” per source. Matthews would have been a strong replacement for the injured Von Miller.

We're not sure which connection amongst his vast web of NFL sources Adam tapped for this intel, but he got it from someone.

However, as you can see, his phrasing reeked of ambiguity:

No, that's not quite accurate.

Our point is that this statement can be interpreted any number of ways.

This is where Ryan Williams enters the fray.

And for whatever reason, here's what this professional agent had to say:

Yep, dude's bone of contention was the ludicrous belief that this negotiation would remain private.

Of course, he did also attempt to clarify the position of his client.

Then his client did the same:

I NEVER said this @AdamSchefter! We recently had communication with the Broncos but were unable to come to an agreement 🐀🐀 https://t.co/lqGSY2MPXv

Clearly, the former Packer and Ram isn't taking any shit from some ESPN lackey.

Finally, this brings us to the inevitable Schefter correction:

To be clear: Clay Matthews wasn’t willing to play right now for what the Broncos offered. He is still open to play for the right opportunity for him and his family. https://t.co/t65u5V4Xge

So there you go.

Matthews is willing to play this season, but on his own terms and when and where he damn well pleases.