As the Covid-19 Crisis Worsens, Who Knew NFL Stadium Construction Was 'Essential'? 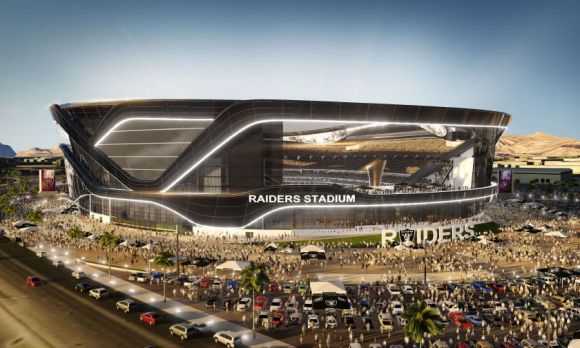 If disgraced President Richard M Nixon ever nailed a fact-of-life quote, it was this:

There are things in life that just aren't fair.

Like when a pandemic engulfs the USA and scarce Covid-19 testing kits seem to show up in droves when a celebrity or sports star needs one.

That's how Kevin Durant and three other Brooklyn Nets found out in a hurry that thed'd been infected.

Seems that the Nets paid a private company to test players.

Federal testing guidelines prioritize people who are showing symptoms, but those alternative sources were willing to make an exception. If players claimed they might have been exposed to Covid-19, they got checked.

The thing is, that's not the standard right now. The Center for Disease Control is still trying to encourage the most efficient use of this limited resource.

Maybe that means American society should give a tip of the cap to the soon-to-be Las Vegas Raiders for not going outta the way to test their players.

In fact, neither they nor the contractors erecting their new playpen are not testing anyone.

In fact, they're not stopping for Covid-19 social distancing, either.

That's because the Raiders want outta Oakland-Alameda County Stadium and into their new digs so bad, they somehow got the town fathers to tag its construction as an essential activity like, you know, going to the bank, grocery store, gas station, pharmacy or the season ticket window.

Dudes were sweating it for a while due to a pesky roof, but they busted balls to get it back on schedule.

At least no one in that presentation -- published 30 Jan 2020 -- was coughing or sneezing.

Somehow, getting this project a special status exemption during a national emergency is so NFL.

So Raiders, too. After all, this is the outfit that got a mega-hometown discount for their new offices-&-training complex and made a killing by deftly doing a flip-&-leaseback:

Follow the timeline:
Henderson gives Raiders a ridiculous sweetheart deal on parcel.
Raiders sell land for 30X what they bought it for, then leased it back. $185M profit.
In any other context, this would be an outrage, taxpayer theft.
But it's Raiders, so no biggie.#Raidersville https://t.co/rMfGWqzd39

It remains to be seen, then, if the construction workforce will cover, which is how essence is measured in Sin City. After all, here more than anywhere else, it's essential that the show must go on. Especially if it's privileged.