Another Professional Failure for Chip Kelly 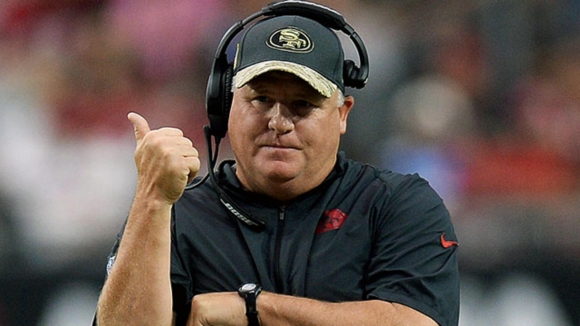 Chip Kelly is really plumbing the depths of mediocrity at the moment.

The gifted communicator has now failed spectacularly at two different NFL stops, as he was just dismissed by the San Francisco 49ers after one lonely season.

Speaking of that one season, the Niners did manage to squeeze out two meaningless wins, finishing a close second to the futility template that is the Cleveland Browns.

Dude couldn't even do that right.

Or could it be that Kelly just doesn't play well with others, particularly at the professional level?

While being asked to leave two organizations in as many years doesn't exactly shine on a résumé, there may be an asterisk next to this recent face plant.

The 49ers are a dysfunctional mess at the moment and seemingly locked in a destructive pattern of firing head coaches like some sort of involuntary spasm.

CEO Jed York has made some dubious decisions the past few years, most notably his silly power struggle with Jim Harbaugh that culminated in the departure of one of the better football coaches on the planet.

Kelly was pretty much doomed from the start, but this doesn't change the reality of his current situation.

Perhaps it's time to return to the loving embrace of college football, where Kelly enjoyed much success at Oregon.

However, it appears the somewhat delusional two-time pro loser wants to stay in the NFL.

Good luck with all that.