NCAAF Week 5 Totals Tout Analysis: Over and Over Again 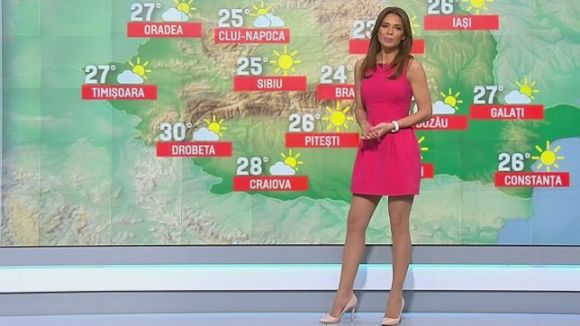 Finding trends in any sport is useful, but often times, it's just better to look for mistakes when laying down your hard-earned cash.

That's one of the major advantages of taking hard looks at the college football schedule each week. There are so many games, even the best sportsbooks can't devote as much time on each one as they do in other sports.

It's just a matter of scrutinizing every little detail.

Sometimes oddsmakers will nail the line for high-profile games in the Power Five conferences but will lose track of the mid-major games. That opens the door for savvy bettors to hammer a line that they think is off the mark.

As well, there's more variety in styles of play in college. Teams can carry up to 70 players, and certain programs make use of this by design or necessity.

Ask USC how much of an advantage that can be.

As we do every week, we've pored over college football's weekend fare and came up with what we think are solid suggestions for punters who like to play the game totals. Just remember to take a look at the lines when you place your action and then hop into the fray.

Don’t be fooled by the Nittany Lions' 17-10 win over Pittsburgh in Week 3. They've had a bye week to clean up their offense, and dudes will put bushels of points on the scoreboard. They average 47 per.

The Terrapins? They dropped 63 on Syracuse a couple of games back. Rack 'em up.

Neither team seems to have a good defense. Everyone expects the Wolverines to blow out this woeful bunch from Piscataway.

The Michigan team we saw against Wisconsin had no heart, though. So, don’t be surprised if the Scarlet Knights put up enough points to help this beat the line.

The previously vaunted Ute defense got exposed against USC by a third-string slinger who unleashed bombs as Troy posted 30 points on them.

Win or lose, the Cougs' offense should score 35 points with their eyes closed. They've got the original Air Raid and they're much more dangerous with it. This could hit the line by halftime. This seems like a low total. The Gophers average 33.7 points per while allowing 27.3 points per. Are the Boilermakers goinna to stop Minnesota from scoring their average?

Not a chance. Is Minnesota going to stop Purdue from scoring? Not a chance. This should blow over the total by at least 11 points.

The Bears only scored 21 points against Rice in their last outing. The Cyclones, meanwhile, laid 72 on Louisiana-Monroe in their previous game, but as sacreligious as this sounds for a Big XII conference game, this one should more resemble the Iowa State's 18-17 win over Iowa.

Now, this will be a typical Big XII game. The Wildcats and Cowboys could probably cover this over on a 200-yard field.

We don’t need stats to know what’s going to happen here. Both of these squads are going to score touchdowns on almost every possession.

The Tigers could hold the Bulldogs to 10 points or less in this one. Auburn may have two big wins -- against Texas A&M and Oregon -- but were arguably outplayed in both games. This game's a toss-up, and in the SEC, that usually means a defensive battle.

What's more, Auburn prefers to take it’s time on offense, which means this should go under even though the total is less than 50. I'm going against the computer, here. The Husker defense is awful. That's your first clue the Buckeyes should score close to 50 points. Your second clue is this is the Ohio State University, and their offense lives in the over-50 range against lousy defenses.

Nebraska could be good for three touchdowns, themselves, quickly making this one go over.

The Bruins beat Washington State in that incredible 67-63 comeback in Week 4. Coach Chip Kelly decided to go back to his track-meet style of football and got the bounces with five Cougar turnovers, something that's unlikely to happen two weeks in a row.

Meanwhile, the 'Cats held Texas Tech in check last weekend. They might've turned the corner defensively in that one. This one's ripe for a UCLA letdown offensively, while Arizona should continue playing decent defense.

In this scenario, we’re talking an under game.