Published on 5-Oct-2019 by Sportbet Staff 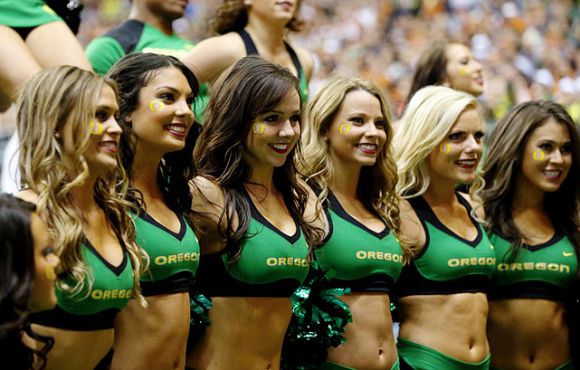 Here we are, finally into October, when conference play virtually takes over the college football schedule.

And yet, classic matches remain few and far between.

That's because the Power 5ers backload their itineries so most of the big games now don't happen until November.

As it is, then, we're still in mismatch season, where spreads are high and waiting for attractive underdog plays still seems futile.

Somewhere out there, underdogs will blow up parlays. We all know they're gonna happen.

But it continues to look like there are many more solid favorite plays out there that we don't have to wonder where the lightning's gonna strike.

Therefore, he's my list of suggestions for the favorites with the best shot a padding your incidental expenses account when all is said and done.

Take note of the lines and compare them with what's on offer currently before you make your decisions.

The Bayou Bengals return to action after a bye week and this is who they face? The Aggies are clearly visiting Death Valley to cash a check, and they're potent offensively, but ... really?

This one's all about LSU showing up. Although they're only 1-1 ATS at home, they’re 3-1 ATS overall. More importantly, they've gone 13-3 ATS in their last 16 games in October while Utah State is 4-10 ATS in their last 14 road games against a team with a winning home record.

I can see Jalen Hurts throwing for over 400 yards and 4 TDs to go along with 150 yards rushing and 2 rushing TDs against the Jayhawks.

This one also depends on how much Lincoln Riley wants to run up the score. Les Miles has already made great strides at Kansas, but the Sooners are a CFP squad. As such, for perception's sake, they've gotta hit their layups.

The Nittany Lions must again be taken seriously as a genuine challenger to Ohio State’s and Wisconsin’s Big Ten dominance. Their 59-0 beatdown of Maryland came on the heels of a surprisingly hard-fought win against Pittsburgh.

They should easily cover the banged-up Boilermakers -- QB Elijah Sindelar's done for a while -- a team they’ve gone 10-3-1 ATS against in the last 14 meetings.

The Fighting Irish had their 'bad' game against Virginia last weekend, and they still covered. They’ll roll over schedule fodder like the Falcons.

Concerned about laying a massive spread like this? Don't be. Notre Dame annihilated New Mexico, 66-14, a few weeks ago. Bowling Green is even worse. Please direct your thoughts and prayers their way.

So, Northwestern played the Badgers tough. Why does it matter? Wisconsin had a reason to take a backward step after dominating Michigan in Week 4. Do know Paul Chryst isn't gonna let his team waltz through a second sleeper.

The Golden Flashes have no chance of not losing by 50 points.

On paper, the Hokies and Hurricanes look like one of the more competitive matchups in Week 6. But, Miami's finally gotten it together with two straight victories while the Hokies enter this matchup after a 45-20 pasting against Duke.

Toss in the fact that the 'Canes are coming off a bye week, and this one could get ugly early.

The Volunteers’ stadium seats 102,455 rabid fans. They're gonna be crying in their beers after the first quarter when the Bulldogs up 28-0. The Dawgs dominate one of the worst teams in the SEC. 'Nuff said.

Lotsa touts are tagging this one as their upset special. They're counting on Sparty's defense to keep this one close. That argument seems to forget that State's offense is gonna be forced to take the field every now and then.

Ohio State has covered four in a row. The Buckeyes are better this year than last year. The reason? Justin Fields is one of the top chuckers in the nation. They'll score almost at will.