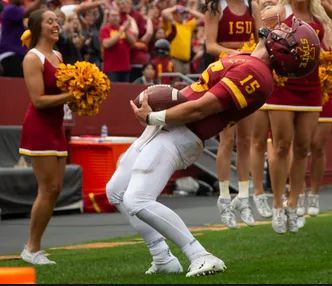 The 2019 college football regular season didn't disappoint with its thrills and spills.

Fortunately, it looked like more programs were capable of crashing parties on any given weekend.

It's also been a season that was kind to the wallet, and we're ready to keep it going with today's top totals predictions.

Please remember that the lines here were based on early postings and may have changed by now. So, check their current status before taking us up on any or all suggestions.

The Tigers won’t score their 45 average on the road and they can't do it by themselves. Gotta take the under.

The battle between Georgia and Georgia Tech is nicknamed Clean Old-Fashioned Hate.

The Bulldogs and Yellow Jackets don't project to produce enough points for the over. The under is 6-0 in the Dawgs’ last 6 games. Georgia Tech averages 17.5 points per. They’ll get 0 today. The Eagles can score. Dudes average 31.4 points. Pitt averages 20.2 points. The average implies an under game.

The Panthers will play BC’s style, though. Go over. Michigan State’s D has allowed 5 teams to score 31 points or more this season. This one's going over.

This Civil War could've broken total records, but with late word that Beaver slinger Jake Luton won't play due to injury, that's gone out the window.

The Ducks need to muster a bitta rivalry anger after their downer in the desert last weekend. The Beavers need this one to become bowl eligible. Due to the circumstances, though, this one's gonna be flat, scoring-wise. Go under.

The under is 2-0 in the Green Wave’s last couple of games. The over is 9-2 in Mustang games this season.

Tulane allows 26.5 points per on average. They'll slow SMU's tempo. Gotta disagree with the computer simulations, here. Play the under. Although the score won’t approach that, the Aggies should pitch in and this one should go over.