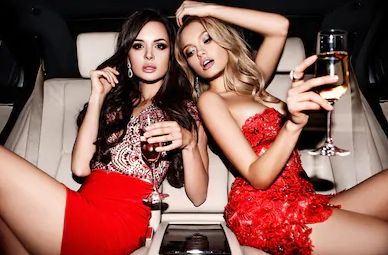 The Egg Bowl may well be a rivalry where it's time to ignore the old saying about thowing out the book when those teams get together.

However, tracking the numbers in others probably continues to be a good idea.

And one of the most significant of them is how many victories it takes for a team to qualify for a post-season bowl game.

It's not just for the swag or recruiting, either.

Qualifying for a bowl -- whether it's in Pasadena or Shreveport -- allow teams 15 extra practices, which is huge. It gives teams a head start on next season, which also puts non-qualifiers behind the curve.

So there's losta urgency out there to get that sixth win, and if a team already has six, there's urgency to get more in order to land in a bigger bowl, which is where better swag and recruiting come in.

Therefore, it's important we keep those factors in mind when considering intangibles.

We've seen a few of our decisions affected by these urgencies. Just remember that our suggestions are based on early lines. Should you happen to agree with us, check the current numbers as they have a way of changing.

The Bobcats may only be 3-8 ATS, but they should still cover this spread against the worst team in college football. Go big on Ohio.

Iowa and Nebraska first met in 1891. This season, the two teams have gone in opposite directions. Iowa is good. Nebraska isn’t, but they're sitting on five wins. They need this.

The Hawkeyes should laugh at the 3-point spread, but beware of desperate Cornhuskers. Take the points.

Both these teams have dominated the AAC, and they're battling for that Other Five invitation to a New Year's Six bowl. Again, intensity will reigh.

The Bearcats get a ton of points here. The Tigers may be only 5-3 ATS, but that moves to 4-1 ATS at home. The lure of playing on New Year's Day is an intangible that negates those numbers. Back Cincinnati.

TCU must beat West Virginia to become bowl eligible. This may well happen, but the Horned Frogs won’t cover, though.

The Mountaineers are 2-1-1 ATS in their last 3. Dudes lost to Kansas State by 4 on Sat 16 Nov. Oklahoma State beat them by 7 in a push on Sat 23 Nov. WVU can surprise on the moneyline. Stay safe and take the points.

Welcome to the game simply known as ... The Game.

So far this season, the Buckeyes have played like the best team in the nation. But, chinks showed up in the armor against Penn State. Meanwhile, the Wolverines are is 7-1 ATS in their last 8, and it's clear Jim Harbaugh craves this one.

This spread's too high. The Wolverines cover.

Illinois should beat the Wildcats by close to 20. The Illini are the surprise team in the Big Ten with a 6-5 SU record.

Better yet, Illinois’ ATS record is 8-3. This one won’t be close. Take the Illini.

Like always, there's a lot at stake for both Alabama and Auburn. The Crimson Tide could take a small step closer to sliding into the College Football Playoff through the back door, ie- not being a division champion. A New Year’s Day Six bowl game berth is on the line for the Tigers.

Oh yes, there's also the consideration that many in their flocks think this game is bigger than life itself. The intensity meter will peg, as always.

Who wins and covers? Bama, because they’re better than Auburn.

Since 1925, Notre Dame and Stanford have thrown down on the gridiron.