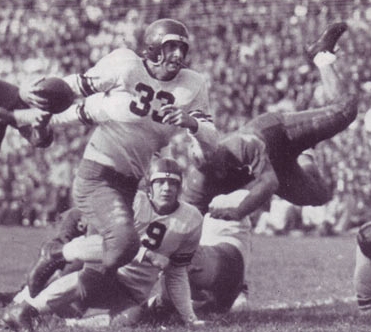 So here we are, for all intents and purposes, at the end of another FBS regular season and doing what we always do this time of year:

Marvel at how the teams in this sport have done everything possible to rise above those who run it.

It's also an appropriate time to wonder if its national championship format is any better than the old days when selected sportswriters would put down their beer and hot dogs long enough to click out lists on their typewriters and call it good.

All that's really changed is the CFP overshadowing the landscape and programs canning coaches so frequently that they never really get a sustained program built.

Just another reason why Nick Saban at Alabama continues to dominate -- most of the time -- while the rest of the SEC has fallen back into the pack.

The Owls flew past Tulsa's Golden Hurricane, 43-22, to finally return the globe to its rightful axis. This is the first time since 2014 that every bowl team will have at least six victories to its name.

There's nothing else left to say but thank you, FCS, for doing your part.

They earn those glorified scrimmage paychecks so their benefactors can get the so-called 15 extra practices and post-season swag. Could be the best investment in college football.

Bad Snark: The state of journalism today ... When there's hard news to be harvested, leave it to TMZ.

Who else woulda gotten video footage of JT Barrett limping around after an alleged collision with a camerman?

Urban Meyer's right in that who the hell are all those people on the sidelines, and he's rightly noble in backing his senior slinger.

But, damn! The Buckeyes don't look like they're hurting with Dwayne Haskins on call.

Dude made a difference, as did a doinked Michigan field goal, in continuing Ohio State's mastery of the Maize & Blue.

The Wolverines need one of those QBs, if he's not on the roster already.

Good Snark: Redeeming the Pac-12 ... Notre Dame's annihiliation of USC in South Bend put them on the CFP map and blew the Trojans off it.

Of course, Miami put paid to the Irish as serious contenders two weeks ago, and Notre Dame had its hands full remaining as an afterthought in the playoff picture by disposing of Navy last week.

And then came Stanford down on the Farm:

The Cardinal look like they're firing on all cylinders as they seek to avenge their September beatdown by USC in the Pac-12 title game.

One of the hardest things to do in college football is to beat a team twice in the same season.

In light of Ohio State's mega-bedwetting in Iowa, if the Trojans do it in Stanford's back yard this coming week, why is it they wouldn't be considered for a bracket spot if weird things occur elsewhere?

Bad Snark: Plan it, don't push it ... Western Kentucky can do trickeration with the best of them, as their fake-kneel play against Memphis in last season's Boca Raton Bowl confirmed:

Absence of those considerations do just the opposite, as indecisive Hilltoppers punter Jake Collins discovered the hard way this past weekend against Florida International:

Good Snark: Be true to your school ... Look familiar?

That was two years ago.

When fierce football rivalries are listed, it seems Kentucky and Louisville should be moved a few notches up the rankings.

They mixed it up again this past weekend, or at least, Lamar Jackson did:

He then proceeded to all but wave his Heisman Trophy at the Wildcats during the main event:

Dude's had another Heisman-level season, stat-wise. Too bad his team didn't.

Frankly, this says all we need to hear about how that hardware's awarded.

Bad Snark: To thine Odell Beckham be true ... Then there's one of the most vicious rivalries in college football, where men are men and Rebel WR DK Metcalf checks off another box on his Pro Day task list after completing a 63-yard TD:

Good Snark: Body of work ... This one's going into the plus column for two reasons.

First of all, the UConn Huskies wouldn't have even been in position to take their game at Cincinnati into overtime if kicker Michael Tarbutt wasn't knocking 'em through from various and sundry.

Secondly, check out the American Athletic Conference's graphic at the end of the clip. Nice tweak:

What with the show UCF and USF put on and what the Golden Knights and 10-1 Memphis are capable of doing in the AAC title match, there's no competitive reason this crowd shouldn't be regarded as a power conference.

Here's a hint of where you are right now, dudes:

Suggestion: hire an up-&-coming coaching talent and give him time.

It's a novel concept, but nothing else seems to be working.

Good Snark: Or get a Vols Coach 2.0 ... If Tennessee insists on grabbing a big name, let's face it. There's a match made in hell that's just begging to happen:

The formerly downtrodden Florida Atlantic Owls are going to a bowl and a title game.

Think about that while you're on the couch, dudes. Kiss and make up.

Bad Snark: One of these INTs is not like the others ... At least it's possible to say Florida State and Florida were evenly matched. Neither offense could hold onto the ball.

There were five turnovers in the 'Noles' 38-22 victory they sorely needed to come within one victory of bowl eligibility. They returned two for TDs, with Matthew Thomas getting one of them.

He coulda had another.

Snarkalicious: Living the dream ... Being real, how many players and fans have ever wished they coulda done this if only they had the balls.

Only Illinois DL Tito Odenigbo knows for sure.