Jim Harbaugh Feels Little Compassion for You or Me 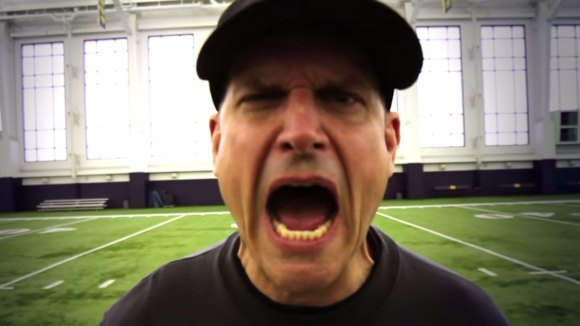 Led by the sociopathic Jim Harbaugh, those fighting Schembechlers would prefer to strip opponents of any and all pride or dignity and make their families watch, if possible.

The Wolverines are now 9-0 and will more than likely qualify for the college football playoff.

But my God, at what cost.

Let's have a look at some scores.

Those student-athletes may never be the same again.

Most recently, the Wolverines knee-capped Maryland to the tune of 59-3.

What a whack job!

By the way, terrapin tastes great when seasoned properly.

This isn't simply a case of the better team winning handily.

There have been numerous examples just this season of Harbaugh faking punts and going for two-point conversions when winning big, not to mention the bizarre formations, clearly the product of a depraved mind.

Dude seems to prey on human weakness, and his soul remains unburdened with trite concerns for his fellow man.

And this is nothing new.