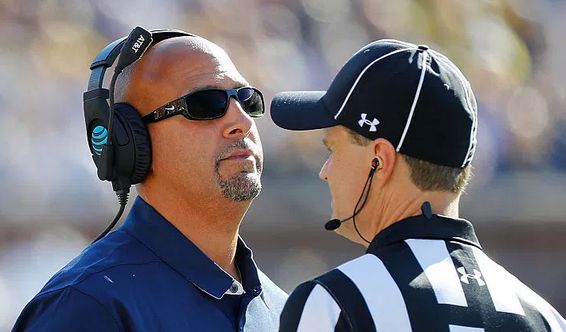 Maybe it's because football, by its very nature, is constantly dealing with health issues.

It's a veritable laundry list of them, too. That's because, as they say, hockey is the contact sport. Football's the collision sport.

Every snap carries the risk of concussions, joint injuries, hamstrings ... damn near everything but PTSD.

But hell, college football rosters could populate small towns, so there's always a next man up when personal misfortune occurs.

So why wouldn't coaches who are totally dedicated to football think they could overcome a pandemic like they could any other injury?

Even though, by definition, pandemic means every-bloody-where.

All of which makes the situation impossible to ignore unless one is in total denial of reality.

That would include the Big Ten's university presidents, who weighed the risks and with the Pac-12 coming to the same conclusion, shut the 2020 season down.

OGs didn't make that decision lightly. They knew the financial hit was gonna be harsh.

So why would the likes of Penn State's James Franklin wonder otherwise?

I'm extremely frustrated because we still have very few answers to communicate to our young men and their families about their futures and very little understanding of the factors contributing to the decision.

Well, for starters, it sounds like the presidents did more research than Franklin did. They're seeing the likes of Notre Dame and others virtually limiting campus access to students, which makes it tough to justify making an exception for athletes.

Furthermore, Franklin's had to take Covid-19 precautions in his own family. Dude's younger daughter has sickle cell anemia. She'd be at a higher risk by being exposed to the virus.

How he can't equate her safety to that of his players is incredible. Yes, he's bubbling up to protect her, but how does anyone expect a roster of 18- to 22-year-olds to keep one from popping?

Evidence is accumulating that college students are a tad too carefree about taking rigid measures to avoid the virus.

It should go without saying that if the Big Ten presidents said they held a vote and the decision was to shut fall sports down, then that's what they did. No appeal from coaches, players, and/or parents was going to figure into their conclusion.

But they're not the ones on the line if a Covid-related calamity happens to a player.

Hopefully, the conferences deciding to give it a go this fall can avoid any such disaster. However, hope is not a medical nor a logical term.

Franklin and others can bitch all they want about where they stood in the process, but the bottom line is no one knows what's gonna occur in the next few months, and hoping it's nothing is a fool's errand.

Not the sorta position one would expect from an institution of higher learning.