Covid-19's Staredown with Football Has Other College Sports Blinking 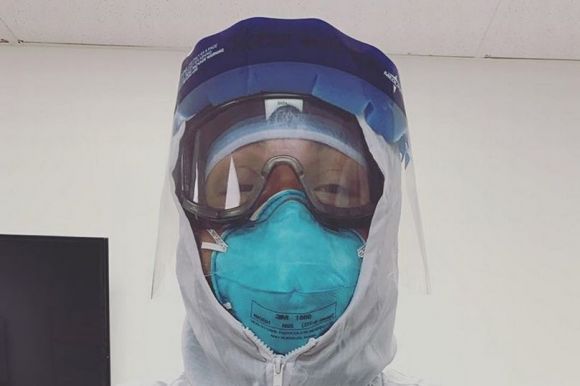 Back in 1998, an inauspicious Gonzaga University was becoming increasingly concerned with a daunting reality.

Enrollment was dropping like a stone and bankruptcy had entered the scene as a harsh option.

Then, the 10th-seeded Zags went on a run of upsets in the 1999 Dance, and fortunes changed virtually overnight. These days, the basketball team flies to road games in a chartered jet that's equal those of any NBA club, the school's financials are rock-solid and have been that way due to their sustained success.

Maybe it's also because their football team hasn't lost a game since 1941. The university's fortunate in that its hoopsters generate more than enough revenues to support the other 16 Zag sports programs -- that's the minimum requirement for NCAA Division I status -- many of which also benefit from the resources to be successful themselves.

Most of their Division I brethren aren't that way.

If football doesn't do the heavy financial lifting, they've got issues.

Both play in Other Five conferences that -- unlike others with common roots, like the Pac-12's land grant universities -- are for the most part thrown together for the sake of football status and scheduling.

With the exception of the kinda-traditional Mountain West and Mid-America Conferences, geography is not kind to them. Road trips for the non- or limited-revenue sports are financial albatrosses.

The situation has now escalated.

Other Five commissioners have jointly written the NCAA, requesting that its status requirements be waived over the next four years. In essence, they're paving the way for a non-revenue sports pullback, if not a bloodbath.

Besides the mandate to offer 16 sports, Division I programs must also:

Given the circumstances, OGs were no doubt emphatic about making their point.

Other schools are clearly taking note. FBS programs derive 80% of their revenue from football, so if Covid-19 creeps into their schedules, dudes could be in drastically deep doo doo in short order and with a long tail.

Contingency plans are already being discussed among the nation's ADs, and some of them are even wilder than MLB's:

According to Pac-12 Commish Larry Scott, ADs expect to determine a course of action around the end of May.

Clearly, they're hoping the lockdowns do their job in flattening the curve.

Not only have they seen the surveys that most fans don't plan on returning to stadiums until a vaccine is developed and proven, they know what a second wave will do if social restrictions are removed too early.

It's the second wave that did the most damage during the Spanish flu pandemic.

That would be devastating to more than a football season.

Football's been carrying the load for most major college sports programs since the 19th century. Schools will do damn near anything to throw it a lifeline, but unless the public at large keeps the hatches battened, even extenuating efforts may not be enough.