Uh Oh, We've Got Another 94-Point College Basketball Reaming on Our Hands 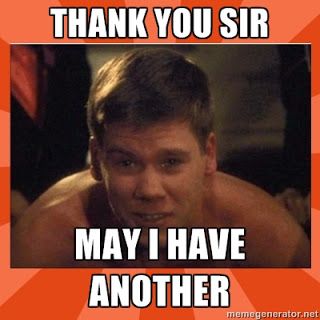 We're still trying to recover from the merciless beating inflicted upon the MIssissippi Valley Delta Devils at the hands of those evil Utah Runnin' Utes.

Sadly though, there's yet another college basketball crisis that demands our attention.

The Merrimack Warriors -- who very recently joined the ranks of Division I hoops -- hosted a Division III school by the name of Lesley, which won two whole games last season.

While this wasn't a literal bloodbath, it was a fairly convincing facsimile of one.

You probably noticed that a certain four-letter network wasn't on hand to capture this nightmare for posterity.

Fortunately, we were able to scare up some footage.

And it was pretty grim.

Somehow, a 47-9 halftime lead actually got worse in the second half.

We're hoping those brave Lynx will be able to regroup before their conference schedule begins: