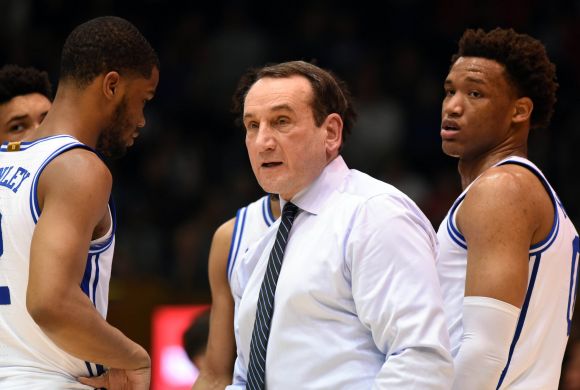 Beyond doubt, those OGs in the NCAA's ivory tower were having a hard time pondering the unthinkable.

So the Dookies did it for them.

With the Covid-19 virus -- for which there is currently no cure -- storming the globe at an officially pandemic pace, university prez Vincent Price did the responsible thing and pulled the plug on the Blue Devils' participation.

And no, not that Vincent Price ...

After their announcement, the inevitable quickly followed.

First, conference tournaments were being cancelled after their teams posted their intentions, like this one from Arizona State ...

Really, what else could they have done after Rudy Gobert of the Utah Jazz tested positive for Covid-19?

The true bummer here is the opportunity hit the players are taking. The fans will be back next year, and the NCAA is perpetual, many the players will never play competitive basketball again.

The count stands at 132 men's and women's teamswho were set to partake in March Madness, and hundreds more were part of the D-II and D-III tournaments as well as the NAIA tourneys, which had already started.

Unfortunately, the last thing society needs to do right now is congregate:

Approximately 16.9% of the United States' population is 65 or older. That amounts to 52million or so senior citizens. Their risk of infection is higher, and the older they are, the mortality rate hits double figures.

Conservatively speaking, no matter how you want to calculate it, that's a hella lotta grandparents, parents, family friends, and/or sports fans meeting their maker before their time.

And who'd want to bear such a heavy responsibility by being a careless carrier?

That's a rhetorical question, by the way, so ixnay on any buzzkill involving inheritance.

The NCAA's taking a $1billion bath by doing the right thing.

It's good to know that -- in this case, anyway -- they actually do have a conscience.