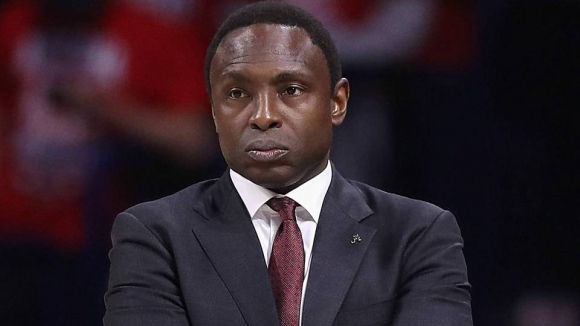 Avery Johnson has probably had better weeks than the current one.

The now former Alabama head basketball coach has been unceremoniously nudged right off campus after four mediocre seasons at the controls.

Under Johnson's vigilant eye, the Crimson Tide wasn't terrible, but they weren't particularly good, either.

They were just sorta ordinary.

Apparently, this meh status wasn't up to the lofty standards long ago established by the University of Alabama basketball program.

So despite the fact that the school extended Johnson's contract through 2023 in the not-too-distant past, they've decided to pay him to go away.

It would appear that the death blow was a putrid NIT opening-round OT home loss to mighty Norfolk State:

The electricity in the building was palpable, with the tens of 'Bama fans in attendance on the edge of their seats surrounded by other empty seats.

Apparently, this debacle was the final straw for the athletic department, who decided to immediately negotiate a buyout with the beleaguered Johnson, who clearly thought he was going to stick around a bit longer.

However, the Tide only sniffed the big tourney once in his four seasons, so it's likely back to the NBA for the former Mavericks and Nets head coach, who is somehow reportedly still in demand.

In the meantime, hoop-crazy Alabama will try to get the program back on solid ground before that upstart football operation takes over the school.

They wouldn't dare buy that maniac out.