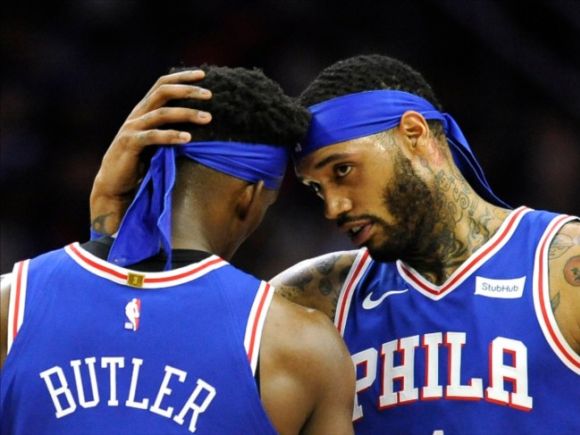 The NBA is widely considered one of the more progressive major sports leagues currently operating.

Except if you happen to be a ninja.

In a deliberate slap in the face to hard working Ninja-Americans everywhere, the Association will be rolling out a strict anti-ninja policy for the upcoming 2019-2020 season.

The new edict only applies to ninja-style headwear and not actual ninjas, but it's not exactly making them feel welcomed, either.

The NBA notified teams that it won't allow players to wear "ninja-style headwear" this season, NBA spokesman Mike Bass tells ESPN. The headwear "...hasn't been through the league approval process. Teams have raised concerns regarding safety and consistency of size, length ..."

As you can imagine, the backlash has been swift and terrible:

Well, not really, but it's still wrong.

Perhaps the NBA fears an epidemic of players being pulled down from behind.

We can only assume Jim Boone is on board with this, as well.

This is a slippery slope we find ourselves on, as this sorta legislation opens the door to possible bans on throwing stars or nunchucks.

The powerful ninja lobby in DC is going to have a field day with this one.