TBT Provides a Hint That Bubbles Can Work 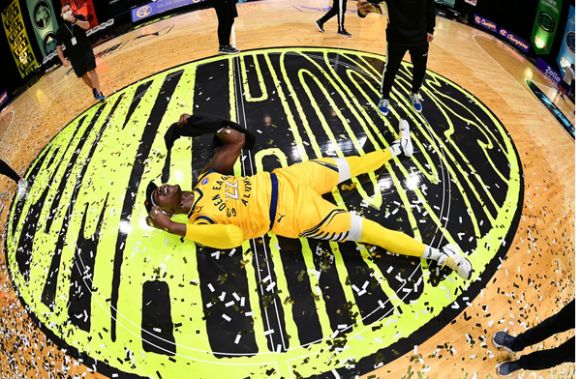 It's an annual event that's done a solid job of pushing itself into the national sporting consciousness the past few years.

And in this, the year from hell, The Basketball Tournament was foremost in the minds of many sports fans for something else even more important.

It wasn't even close. The organizers put the hammer down early, banishing four teams who had positive tests and replacing them with others that were going through the protocol in anticipation of one or more slipping up.

In all, once the tourney began, there were only three positives outta 1035 tests.

That's what happens when head honcho John Mugar set firm parameters and participants had the discipline to honor them:

TBT did make concessions to the pandemic:

Both the NBA and NHL bubbles will feature fewer teams, even though the pucksters will probably have at least as many bodies. However, their hubs are in Canada, which is actually succeeding at controlling Covid-19.

They now have tangible reason for hope.

Yes, it did, and a merry band of Marquette alumni were a cool mil better for it.

Travis Deiner capped their championship by drilling a trey from the right wing to hit the Elam target of 78 and send the Golden Eagles to a five-point victory of the crew from Sideline Cancer:

The Golden Eagles figured to be there, entering the event seeded No 4.

Sideline Cancer was the Cinderella squad, seeded No 22 and doing the heavy lifting in the semifinals, especially, by edging the four-time champions -- 2015-2018 -- in a 67-65 thriller. Had they prevailed in the championship, dudes woulda been true to their name by donating the entire prize to cancer research.

Noble, but just one game short. Hopefully, their run from being ranked third from last to almost grabbing the brass ring will have inspired others to donate, and that $1million goal will still be reached.

Meanwhile, the NBA and NHL are inspired by a lesser but important-for-sport possibility.

North America's sports calendar may have a crowded August yet.

And it won't just be happening in Columbus.