Russell Westbrook and the Five-Point Play 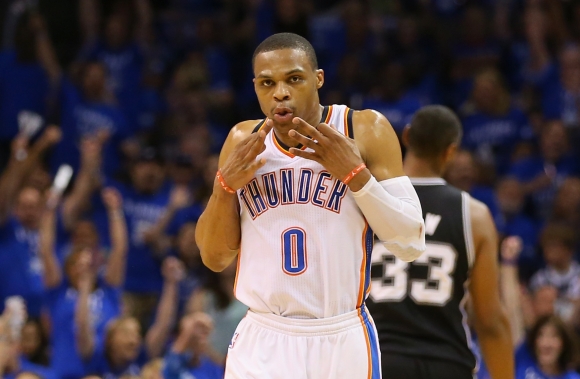 Russell Westbrook is having a ridiculous season.

That gross understatement aside, dude's literally doing things that have barely been conceived.

Of course, he's threatening to average a triple-double for the season, which is obviously absurd and has only been accomplished once before by the great Oscar Robertson.

In a recent home loss to the Charlotte Hornets, Westbrook attempted to score five points on a single play.

Perhaps an explanation is in order.

Better yet, a visual aid:

As you can see, Westbrook was hacked while draining an off-balance three and then missed the free throw intentionally in an effort to put in the rebound.

Sadly, this creativity was not rewarded, as a lane violation was called for crossing the line before the ball hit the rim.

It's all good, though.

Westbrook has clearly decided to simply do everything on the court, and he currently finds himself locked in an epic battle for NBA MVP.

With all due respect to the Beard, Russ is probably getting the hardware.