Popovich Tees Off on the National Flashpoint 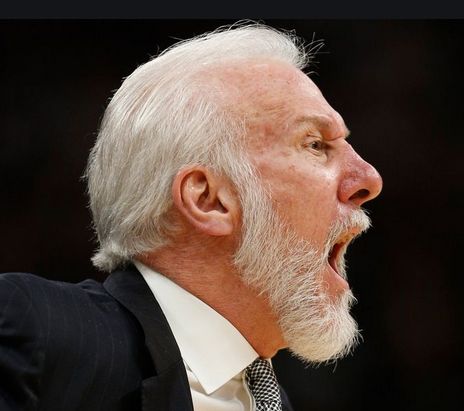 I wish America loved black people as much as they love black culture.

While the sports world's ground to a virtual halt due to the Covid-19 pandemic, sports personalities have found it impossible to sit on the sidelines while another crisis has come to the fore.

Then again, how can a serious issue that's festered for centuries be called a crisis now?

Maybe it's because Rose was right.

The white public's seeming inability to totally embrace human equality has long been a source of disgust for San Antonio Spur's coach Gregg Popovich, and he's never been shy about sharing his opinion on the topic.

For years, dude's made a living in a pro sport dominated by blacks by telling them what to do. Because that's his job. His success and methods have given him the cred to do it for the simplest reason of all:

It's been that way for damn near four centuries.

It didn't take much, then, to set Pop off after the latest senseless killings of black citizens at the hands of whites under circumstances that were beyond dubious:

And that's not too strong a word.

This time, more in the sports world than Colin Kaepernick are speaking up about it. Racism in America is like dust in the air.
It seems invisible — even if you're choking on it — until you let the sun in.

White athletes weren't shy about chiming in, too, which included budding stars:

Other athletes were taking part in the protests, including Jaylen Brown. Dude drove 15 hours to his hometown Atlanta to be part of the demonstrations there.

Athletes' presence on social media has generated large followings, and they don't need games anymore to be visible. They're also using these platforms to make their opinions known, and it's clear they're now less hesitant to delve into social issues.

Ultimately, whether this movement's momentum will be sustained or submerged is down to the usual demographic:

Obviously, if all this involved was a simple conversion of attitudes, more progress coulda possibly been made in the 1960s. However, there does seem to be more of a mix in the protests, so maybe more openness is in the cards.

Maybe more athletes and sports figures speaking up will have a degree of impact on the cause.

If so, it'll be due in part to the boldness of Popovich and his determination to keep the matter of true equality on the front burner.