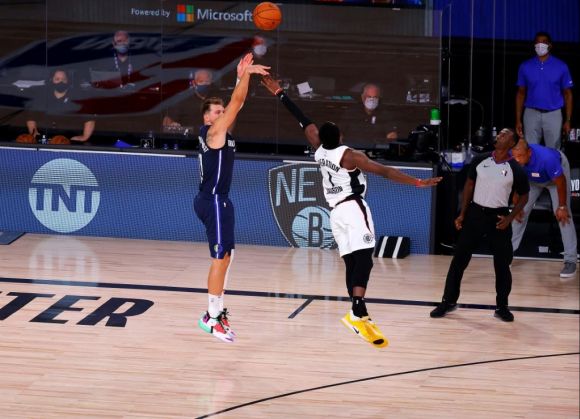 Luka Dončić really seems to have a pretty firm grasp on this basketball thing.

Of course, nobody's asking for proof of this indisputable fact, but the Slovenian product keeps showing us, anyway.

Recently though, Swaggy L revealed his super-clutchy playoff gene, and we're all better people as a result.

Well, anyone associated with the LA Clippers might possibly disagree.

But let's not waste any more time.

Just let the following shot wash over you completely:

It's difficult to quantify how money that was, because we just don't have the technology.

But rest assured, it was.

In doing so,dude dropped an absurd 43-17-13 line, also tying up the series at two apiece in the process.

It's all just a bit overwhelming.

In fact, even the normally unflappable Mike Breen seemed to lose his shit, firing off an exuberant double bang, which clearly immortalizes the shot forever and ever.

However, as we mentioned earlier, the Clippers were slightly bummed.

We would rather listen to an NBA luminary such as Dwayne Wade.