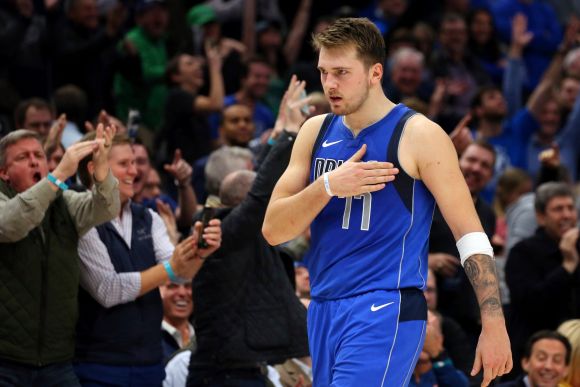 There's still much to sort out in this young NBA season.

Despite the ambiguity, one thing has been made abundantly clear.

Luka Dončić is a madman.

The Slovenian phenom is off to a blistering hot start, with the rest of the Association seemingly incapable of even slowing the dude down.

The popular Dallas MVP candidate was at the height of his powers this past week, knocking off two consecutive triple-doubles over a three-night span.

Now, the 42-12-11 line he dropped on the Spurs Monday night was pretty darn good.

However, Swaggy L really made it look easy two nights later against the hilariously overmatched Warriors.

It would be impossible to overstate just how difficult it is to fill a stat sheet so thoroughly in 25½ minutes.

We're having trouble even keeping track of this nonsense:

Game on line, Luka Doncic becomes second player in NBA history with a 40-point triple-double under age of 21. The other player? LeBron. pic.twitter.com/kvnUzaq6VT

Sadly, Luka failed to record a triple-double in his next game, scoring 35 points to go along with 14 dimes and a mere seven boards against the Cavaliers.