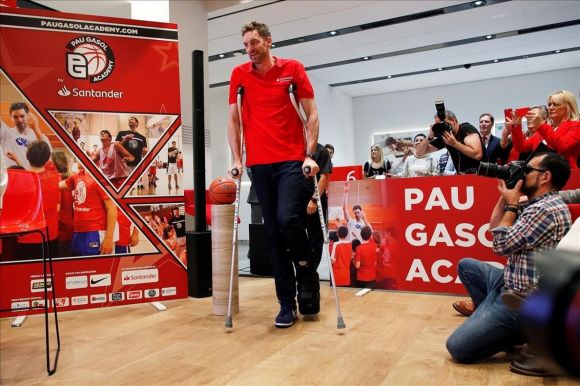 In some really exciting NBA news, Pao Gasol has signed a one-year deal with the Portland Trail Blazers.

While practically a child compared to the 42-year-old Vince Carter, the savvy 39-year-old big man isn't quite ready to amble away just yet.

In fact, he's decided to follow the template provided by the aforementioned Carter.

Sorry, these OGs are a bit sensitive.

From what we understand, the Vince formula involves signing a series of one-year contracts with different NBA teams into perpetuity.

For example, Carter was with the Atlanta Hawks last season and is hoping to catch on with another handicap-accessible franchise this year, possibly back in Toronto.

When provided this info, Gasol reportedly asked someone to hold his beer.

The large Spaniard was bought out by the Spurs and signed with the Bucks mid-season last year, but literally played three games with his new team before fracturing his left foot.

We just happen to have some rare archival footage of Kung Pow in a Bucks uniform:

Gasol will no doubt make a meaningful contribution to the Portland cause this year with his 10-15 minutes per night.

We're also taking bets on what team he'll inevitably sign with next year, preferably one with ramps already installed.