LeBron Eulogizes Kobe; All-Star Game to Be a Total Tribute, Too 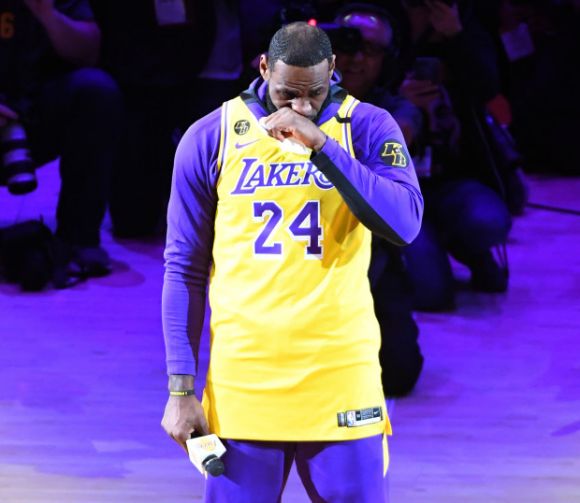 It was something only someone of LeBron James's stature could do.

And the King did it. Big time.

His eulogy reflected what so many are feeling as work continues to make even a modicum of sense out of what happened.

The NBA's All-Star game is working Kobe's jersey No 24 into its new game format, where the final quarter will use the Elam Ending format popularized by The Basketball Tournament:

More on that in an upcoming All-Star game report. It'll make more sense then, much more sense than how an experienced pilot missed clearing that fatefull hill by 20-30 feet.

The point now is the league's symbolically putting Kobe front-&-center on the court. It's where the memory of his basketball exploits should be.

Those days were only a memory for Kobe, too. That's all he wanted them to be. It was time to constructively focus on the next phase of his life, and he was totally committed to it.

There’s a rumor going around LA that @kobebryant would consider returning to the @Lakers just to play one season with @KingJames @richeisen bounced it off him.

There's no doubt LeBron discussed this and other topics with Kobe, probably at length. It's thus quite possible that much of his off-court business success was inspired by Kobe.

There might've been a likelihood that the two would indeed team up, but it'd be in a real-world enterprise.

Their only meeting on the court, then, was Kobe's spirit so movingly expressed through King James: