LeBron Does a LeBron on Pelicans, Which Beat Zion Doing a Zion on Lakers 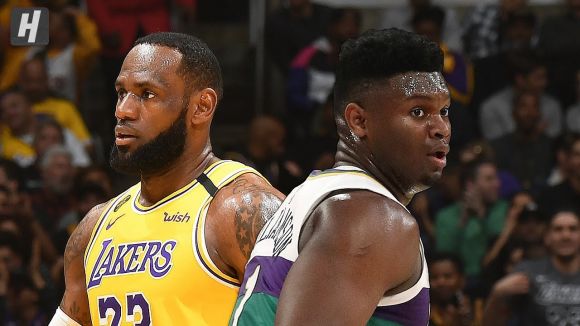 If dude had his way, he woulda surely been the difference in last night's game.

The Dookies dropped a 113-101 double-overtime decision to the Demon Deacons without the services of Zion Williamson.

That's because everyone from Coach K to his parents reminded him he was NBA-ready and should thus be in the NBA this season.

Zion Williamson cracked up when asked if it was “surreal” to share court w/ LeBron James: “Come on, man. Not in that sense but I do know what you’re saying. What you’re talking about, it’s after the game. ‘I played against him, a dude you’ve been watching on TV for a long time.’” pic.twitter.com/LAbE7Ry57f

Suffice to say, Zion's probably been ready for this sorta moment since everyone started referring to him only by his first name.

His physical maturity is there for all to see, but it's his mental maturity that's a thing to behold. He just sees stuff the way it is and naturally accepts his part in it all, learning as he goes along.

He translates that into action, too. New Orleans may have lost a 118-109 decision to the Lakers, but they wouldn't have even been that close without his 29 points and 6 boards.

However, dude was out-gotted by Lebron, who rose to the occasion for the kajillionth time, posting a 40 and 8 to keep reality well in focus.

Anthony Davis racked up 21 points, 14 boards, and blocked 6 shots in his first game against the Pels where he didn't score 40 himself.

Didn't need to. LeBron had it handled.

Zion's serving notice -- to the surprise of absolutely no one -- that it won't be long before he'll be the handler-in-chief in his own right.

Duke coulda used him last night, but New Orleans can use him more. Zion got good advice. He's where he's supposed to be.