King James Reigns in Weekend Sweep of Bucks and Clips 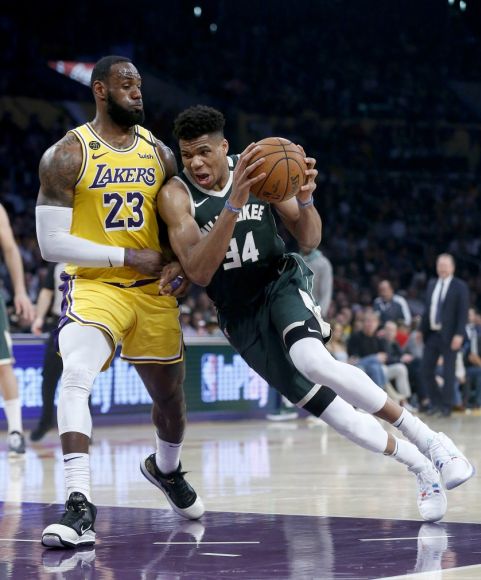 OK, so maybe the Lakers are for real.

Sure, dudes have the Western Conference's best record and all that, but in this day and age of load management and whatever else, who knows who's motivated by what over the course of 82 games?

Why the league's come to such introspection beggars ennui, but for some reason, this is the perspective du jour:

What does the regular season mean anymore, anyway?

This past weekend provided a huge dose of everything.

As in, LeBron James is still the King.

Dude spent the past two games proving it:

As if MVP means more than bonus money, James' statement weekend may have given him an odds-on shot at what, for him, is pocket change.

If this plays out, dude will earn his fifth league MVP, tying him with Michael Jordan for second all-time behind Kareem Abdul-Jabbar.

In a first half on Friday that was distinguished more by fighting for offensive territory than anything else, the Bucks played the Lakes straight up for a half despite losing the referees' idea of what sorta contact was allowed and what wasn't.

Trying desperately to convey a point without accusing bias:

As to the battle of A-listers:

The balance of the offensive difference was supplied by James's faithful sidekick Anthony Davis, who was good for 30 points (10-24 FG; 10-11 FT), 9 boards, and 2 blocks.

On Sunday, James was in damn near total command with his scoring, playmaking, and defense. Dude's dimes gave him the advantage over Leonard:

That would be assists.

In fact, the Clips only logged 12 of them the entire game, compared to the Lakes' 22. Mark the inference down to a more robust defense when the rubber met the road.

The difference there was The Brow capitalizing on great service from his teammates to the tune of another 30-point night (11-19 FG; 7-8 FT):

James is on pace to average 25+ points per game for a record 16th season. The next closest are Jordan, Karl Malone and Kobe Bryant, all with 12 such campaigns.

The Lakers and Clippers have never met in the playoffs, and this year could well be the first. If so, though, it's kinda clear LeBron & Co would enjoy home court advantage for the entire series. Maybe that's why Clips owner Steve Ballmer's clearing all obstacles and pouring $100million of his own dosh into building them a new arena.

Maybe by the time it's done, the NBA will be looking for a new king, but not now. The current monarch is still firmly in control.