Kevin Durant Is Much Too Sensitive for Social Media, or Just Life in General 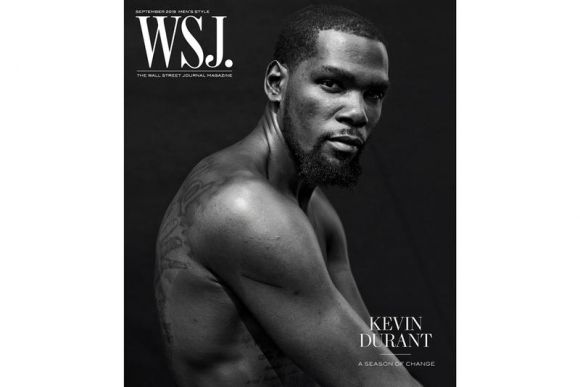 While Kevin Durant's NBA address may have changed, his social media habits remain the same.

Apparently, the brand new Brooklyn Net remains obsessively devoted to his Twitter account, which can lead to some fun exchanges with the common folk.

It seems that the fragile KD still harbors some resentment towards Oklahoma City and the Thunder organization about the way things ended there, a fact that was revealed in a recent Wall Street Journal piece.

Not surprisingly, his comments didn't sit well with some parties back in the OKC.

Even more predictably, Durant engaged these people on Twitter, which is about as constructive as setting yourself on fire.

Let's begin with some foundation:

Kevin Durant said he would've returned to OKC but the reaction from fans, including shooting bullets through his jersey, and the organization burned the bridge.

Kevin Durant shares what he experienced in OKC during his first game back. 👀#ThunderUp #Thunder pic.twitter.com/7uL25jQHN1

Your turn, everyone else:

Self awareness seems to escape you KD

For whatever reason, KD did engage directly with a few of his detractors.

He was also asked why he spends so much time on Twitter.

Bro maybe I just like Twitter. It could all be so simple but u wanna take it there

Of course, this is a valid point, but it's just so counter-productive.

We need to find KD a new hobby.