Here's a Disturbing Rumor about Giannis Joining Golden State in 2021 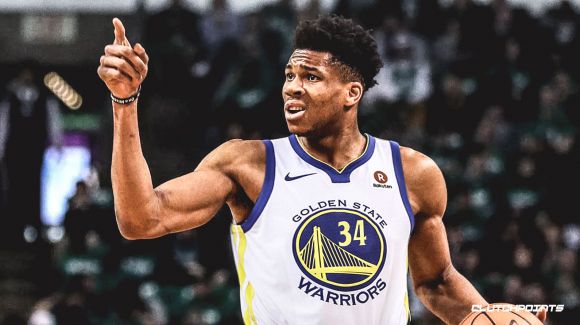 Now, splash some water on your face.

Of course, this terrifying possibility has been posited many times before, but that doesn't make it any less unsettling.

While we're not quite ready to slip the noose around our neck, the mere suggestion sends shivers down the NBA spine.

Again, this is assuming he even makes it to free agency, and there's the fact that he seems to genuinely like the city of Milwaukee.

The anonymity sure must be nice.

ESPN's Ramona Shelburne seems to think it could happen, though:

“The Warriors have always been the big threat to go after Giannis.”@ramonashelburne on the possibility of the #Warriors landing the Greek Freak in 2021 pic.twitter.com/T3tt4XR9hH

The Greek Freak hooking up with Steph Curry and the gang would likely destroy the concept of parity in the NBA yet again.

There is 0 indication that Giannis could go to the Warriors.

Say it anyway though.... pic.twitter.com/L5zHxvB7Ua