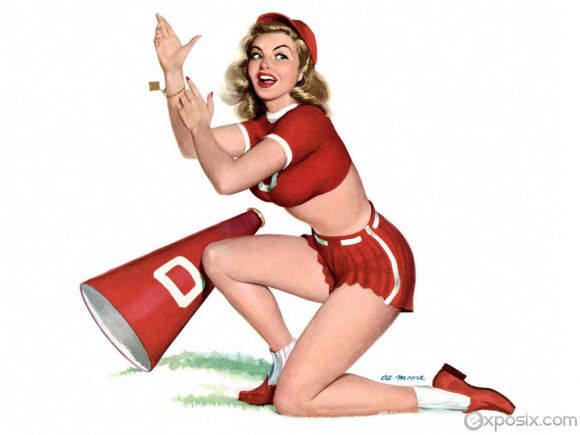 Besides needing sunglasses whenever casting eyes on the Tampa Bay Vipers uniforms, something else felt strange about this latest attempt at spring football.

Football fans are so accustomed at having a kajillion games on at once, that watching only one at a time in the regular season seemed so confining.

As if there aren't enough challenges in the XFL's inaugural season's shakedown cruise, there's a seemingly wide disparity in teams that are all owned by the same dude and had equal resources at the starting line.

Both of Saturday's games weren't really close, and today's clashes featured another wipeout and one where the two offenses couldn't get out of their own way:

Then again, it's early days yet.

As predicted in some parts of the handicapping universe, Matt McGloin was the difference between the Guardians and Vipers.

The former Nittany Lion went 15-29 for 182 yards, tossing for one TD and rumbling for another. What stood out, though, was his threading the needle through small openings. Dude's still got the arm and, in this game at least, the sorta accuracy that would won the William Tell seal of approval.

Conversely, former Georgia Bulldog Aaron Murray may have gone 16-34 and 231 yards, but a pair of INTs -- one a pick-six when his receiver fell down -- and two fumbles made for a tough day.

Even his days' best play seemed like he backed into it:

Aaron Murray's biggest play of the day, a 44-yard strike to Dan Williams, nearly picked by Dravon Askew-Henry, who was expecting an accurate pass -- much to his chagrin pic.twitter.com/Fjrglm2b8q

Not sure if he got banged up somewhere along the line, but dude wasn't able to stay the course. the more he tried, the more misfortune ensured:

Aaron Murray gets in for one snap on third and long and immediately fumbles (forced by Bunmi Rotimi) pic.twitter.com/u0cuZDtmcg

Put it all together, and the Guardians immediately became New York's most successful football team.

For the moment, anyway.

Defense dominated in the day's second clash, where the St Louis Battlehawks got just enough offense outta unheralded Jordan Ta'amu to eke out a road victory in Dallas.

The Samoan was a dual-threat at Ole Miss, and it looks like he's serve as the XFL's version of the young, running chucker that's all zeitgeist in the NFL right now. His 37-yard third-down scamper in the fourth quarter set up his nine-yard paydirt pass to Alonzo Russell that vaulted St Louis into a lead that carried the day.

Troy Aikman took this one in and -- caveat emptor, his motive was uncertain -- said he liked what he saw.

He also showed his trademark cool under duress, or what passes for it in his life these days:

I may or may not have almost got @TroyAikman killed #XFL2020 pic.twitter.com/UXwQmdPkew

Maybe Aikman's comments will help the XFL grow its flock of followers to sustainable levels.

Vince McMahon's kajillions are set to keep the league going for a couple of seasons, but in the harsh light of cold reality, we've already heard that from a 1%er in recent times.

If anything's been learned here in Week 1, though, it's that vanilla football in the springtime needs more drama. Maybe a He Hate Me 2.0 will rise from the ashes, too. Right now, he's needed.