Brooklyn-Dodgers: A Return of Sorts?

Published on 2-Oct-2014 by Alan Adamsson 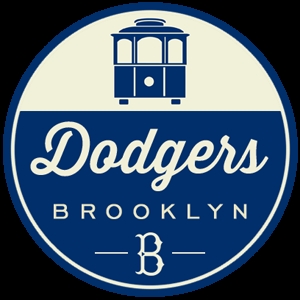 So many team names have lost their meaning when they've moved.

The Minneapolis Lakers and New Orleans Jazz made sense, but in their new locations? Not so much.

The Washington Redskins? Not going there.

How about the Los Angeles Dodgers? There's no trolley system in SoCal.

OK, there isn't any in Brooklyn anymore, either. And while the borough's only complete island isn't even an island anymore, the NHL team moving there will at least have some local justifcation for keeping its name. The Isles happen to be putting down stakes where the only remaining team carrying the Brooklyn moniker calls home.

That would be the team with the absolute-worst name in North American sports. Even worse than Predators, where all that's missing is a photo of Jeffrey Dahmer on their sweater.

Brooklyn Dodgers still has a nice ring to it.

It could happen. The conglomerate that owns the Lakers is talking with the oligarch -- damn! business terms just ripple with power! -- who controls the Nets about joining forces so they can do what Christopher Lloyd did in Roger Rabbit. They can make kajillions developing property around the Barclay's Center.

Could be a likely fit. Mikhael Prokhorov appears to be seeking dosh and Magic Johnson is still seeking a seat at the NBA governors table. His first attempt got gazumped.

Prokhorov's timing is pretty slick, too. No way the Nets were worth $1.7billion before Donald KKK Sterling stepped in it. Toss in the $1.1billion for the arena, and you've got one cash-happy Russian.

Magic has made mention of a so-called Brooklyn-Dodgers synergy and other feelgood terms the cover for cold, hard business pursuits. Dodgers is still a beloved name in the borough; hell, there's still a Brooklyn Dodger merchandise site, and a local bar beat the baseball team when it was sued for using the name.

If this deal closes, Magic should just do it. Ditch Nets and re-christen them as the Brooklyn Dodgers.

Crossing sports with names isn't new. Even in recent times. After a certain NHL team moved from Kansas City and before it re-located again to New Jersey, it was known as the Colorado Rockies. Denver fans were fine with their MLB team copping it.

If it means the Magic man comes to town and bring deep pockets with him, Brooklynites won't mind, either.