Believe It or Not, the British Basketball League's Still Playing 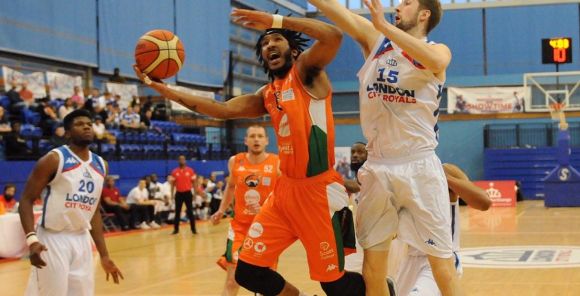 It's the sorta headline that wouldn't usually jump out in the grand scheme of professional sports.

Full marks to the Newcastle Eagles, then, for extending their dominance in this British Basketball League competition.

But then, it hits home.

In a world under siege by a novel coronavirus for which there is currently no cure and none in the foreseeable future, there's still a pro sports league playing games?

This is happening when damn near every other sporting activity in the world has suspended their operations?

This is in the United Kingdom, allegedly where the 21st century has also taken place.

From a European perspective, it's apparently not enough that the dudes and dudettes up there have already lost their minds. They seem hellbent on losing their health, too.

What's more, there's a decent-sized crowd in Glasgow for the BBL Trophy Final basking in the action as Newcastle takes it to those plucky Solent Kestrels from the second-tier NBL.

Big-to-big! One of the premiere passing bigs, @gettys23, finds @D_Defoe for the 🔨💥

Upon further review, this state of affairs is a result of the British government going rogue with their Covid-19 policy by opting for a herd immunity approach.

OG's gotta be a descendant of Lord Farquaad from Shrek.

So the British Basketball League keeps playing, trusting its government's school of thought that acknowledges death as a necessary data point for those still living.

There's no vaccine yet for those, either.