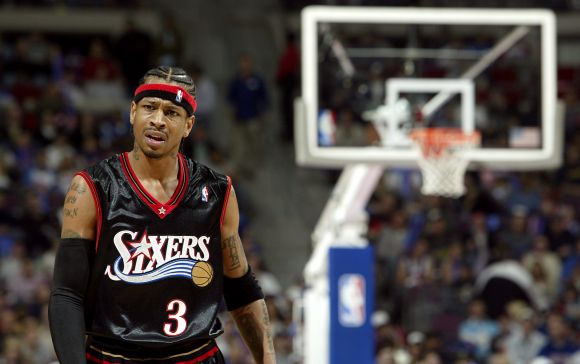 You show us a completely subjective list of all-time greatest players in any sport, and we'll show you a pissed off current or former athlete.

In an apparent effort to fill space and stimulate pointless debate, Bleacher Report has unveiled its much anticipated NBA All-Time Top 50 list.

While we can pick this list apart until the locusts come, there was one glaring omission to these arbitrary rankings that merits conversation.

Of course, The Answer wasn't laughing after skimming this list and finding his name in the honorable mentions section:

Allen Iverson feels disrespected after Bleacher Report left him out of their top 50. Also believes Kobe Bryant should be ranked higher than 14 🔥 pic.twitter.com/1bwzYfFlrh

He's certainly got a point about Kobe:

But back to the former Sixer.

For a little context, Pao Gasol checked in at No 46 on the list:

Please educate the children who A.I. was, and how he built the culture of the NBA to be what it is today pic.twitter.com/nng0tJoD76

The Internet quickly came to the rescue:

You’re crazy if you think Allen Iverson isn’t a Top 50 player of all time. pic.twitter.com/Lnda9H1ZSc

Wait... Allen Iverson is on that B/R list as an..... honorable mention? pic.twitter.com/zQT0OCJCtR

That stat alone should put Iverson in the Top 25.

That simply never gets old.