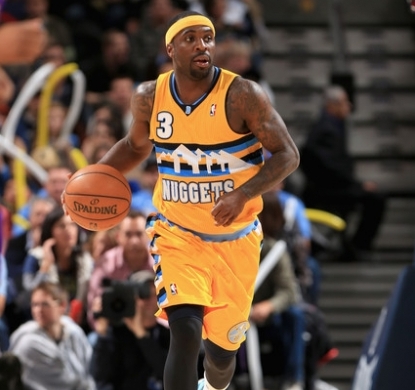 What a week for Ty Lawson.

After being charged with another DUI and not making the best decisions on the planet, the Houston Rockets decided to take a flyer on him by trading pocket lint for a potential steal.

Houston’s point guard position has been an interesting dilemma. Patrick Beverley worked his way up to being one of the better defenders at that position but is not necessarily the most gifted offensively. However, James Harden, in late-game situations, would just bring the ball up on his own and either get to the line or create a shot.

Ironically, this 50-point explosion was against the Nuggets.

Ty Lawson heading to Clutch City adds depth to the starting lineup and gives another threat that teams have to worry about at a position that's incredibly stacked in the Western Conference. But, could there be problems lurking underneath it all?

It's a low-risk, high-reward scenario. Lawson has two years left on his deal and Houston can get a good look at how he gels with the team. If it doesn’t work out, they can try and trade him next season or just ride out his contract.

Still, it’s hard not to look past the potential personality clashes that could occur. Again, Houston didn’t give up much to get Lawson, but there was a reason why teams weren’t lining up at Denver’s door to nab him. Daryl Morey, in his analytical glory, saw something that made it worth taking the risk.

If Lawson does work out, Houston just propelled themselves into the top-four in the Western Conference. Again, the Rockets didn’t really have that stellar point guard who could keep up with dudes like Russell Westbrook, Stephen Curry, and Damian Lillard.

Lawson isn’t truly elite, even though he thinks so, but he's certainly better than Beverley offensively and, with the way Houston is set up, teams can no longer commit to double-teaming Howard or swarming Harden. Lawson’s main strength is getting to the rack and finishing while also being able to hit a mid-range jumper. Something that Beverley had a hard time doing.

While it certainly is a move that could make some people cringe, there's potential here. However, the Rockets have to prepare themselves for Lawson’s off-the-court problems and issues in the locker room if they do continue.

Houston, you might have just struck gold. Cross your fingers and feel lucky.