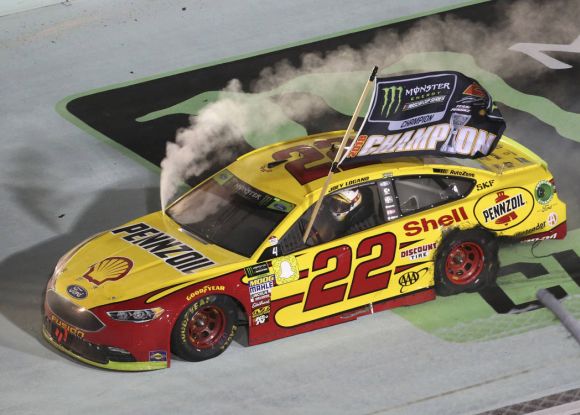 It goes back to Martinsville.

That's where Martin Truex Jr got a little love tap from Joey Logano in the final lap of NASCAR's coolest finish this year.

Truex had Logano on the inside until then. Dude wound up fishtailing into third when the checkered flag dropped.

That was the first of NASCAR's qualifying races to determine their championship this weekend at Homestead.

This isn't a short track, as opposed to Martinsville, but when push came to shove -- this time, not literally -- Truex decided to change tactics on Logano, anyway. He took an outside line.

Dunno, but he did it to Logano twice in the race, and the second time, Furniture Row's top driver took advantage.

Dude swooped low for the pass and never looked back:

Most of the series saw Truex, Kevin Harvick, and Kyle Busch dismiss Logano's boasts that he, too, was a contender for the title this season.

Dude not only proved differently at the end, but he did so after logging the most laps led with 80.

He also became the fifth straight champion to finish in style by winning at Homestead.

It was bittersweet for Truex in more ways than one.

The Furniture Row crew is disbanding after this. Lack of sponsorship can do that.

Not that there's any suspense about his finding another ride.

Meanwhile, after a ten-year pursuit, Logano's finally hoisting the hardware.