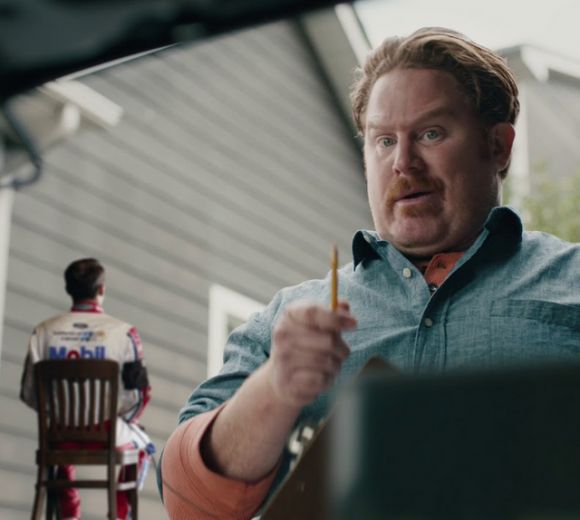 It's not like the first time dude and/or his team has pushed the envelope.

But getting nailed couldn't have come at a worse time.

The NASCAR playoffs are down to the final two races ...

Kevin Harvick thought he was sitting in decent position to hoist the hardware when all was said and done. He still might be, but the task just got a little tougher:

Dudes got caught messing with their spoiler, which is a black-&-white NASCAR no-no as stipulated in the gotta-log-in-to-see-it Section 20.4.12 of their rule book:

The spoiler must conform to the CAD file and drawing as specified ...

It goes on, but the essence is don't dick with the equipment after it's left the shelf.

This drops Harvick from being damn near a lock for the final four to a need for scrambling just to qualify: As it stands now, only Joey Logano's clinched a spot.

This isn't the first time Harvick's been caught trying to -- shall we say? -- do too much.

When photos and radio communications were released by NASCAR following the Las Vegas, fans started to notice something weird about Harvick’s back window being slightly pushed in.

One driver even said something to his team about the occurrence, hinting that they wanted Harvick to be caught.

He was, and docked for two violations involving the rear window supports.

As for truth in advertising, seems like Mobil 1 got the right dude: